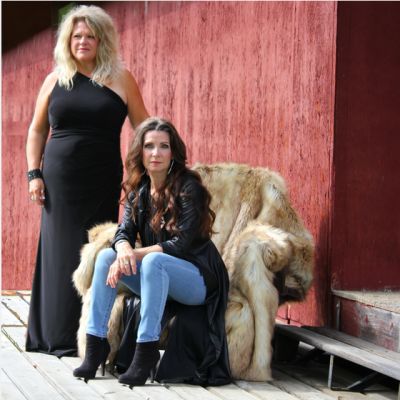 Sign InSign Up
About
Danita is raw, real, genuine. She loves to entertain and connect with her fans, all people in general, old and young alike. Raised on the farm, raised her children and now pursuing a music career.
DANITA is a singer/songwriter from Alberta. She is a dedicated and energetic performer with pure heart and soul. Danita has remained grounded in her country roots while embracing her edgier rock side. As a performer, she ignites and excites a crowded room within minutes of stepping on stage. Her powerful voice combined with her quick wit makes her an amazing all around entertainer who leaves a lasting impression on those who experience her high energy shows. As a solo artist Danita has performed at numerous festivals and prestigious events such as the Alberta Centennial Celebrations, Festival of the World Games and World Cup of Women's Baseball event. She has shared main stage and opened for artists such as Randy Bachman, Emerson Drive, Aaron Pritchett, Prairie Oyster, Charlie Major, Duane Steele and Julian Austin. A highlight early in Danita’s career was opening for and singing a duet with late country legend and Grand Ole Opry entertainer, George Hamilton IV. In 2003 Danita co-produced her original 12 song album with Edmonton producer Gerry Dere. A few years later she teamed up with artist Randy Martin in 2005 forming the band Sweet Tequila. In 2007, Sweet Tequila recorded with Nashville producer, Scott Baggett who also produced Road Hammers. After touring extensively together for over four years, Danita chose to take a break from the road, but in 2010 this feisty and passionate entertainer returned to the music scene in full force fronting her own solo band. In 2013 Danita also became part of the dynamic and charismatic female fronted group called DIRT ROAD ANGELS. This energetic country rock quartet has showcased at CCMA week and performed at many other high profile events. They’ve opened for top country acts such as Kira Isabella, High Valley, Doc Walker, Road Hammers, Aaron Pritchett, Colin Raye, Sammy Kershaw and Aaron Tippin. Dirt Road Angels were nominated for ACMA Group of the Year and Fan’s Choice four years in a row. This sisterhood of artists continue to rock every stage with their infectious energy, enthusiasm and camaraderie wowing audiences with their unique blend of lush harmonies. With three albums under their belts since their inception, the group has been making waves in the Canadian and European music community with numerous single releases to radio. Dirt Road Angels continue to gain momentum with a loyal and expanding fan base. In 2013 Danita began writing with friend and fellow singer/songwriter Shelly Dubois and the duo SUGAR AND SPICE was born. These ladies relish in the chemistry they have writing together for the past five years sharing their originals of love, loss and humour as well as their favourite country covers from artists like Sweethearts of the Rodeo, Highway 101, Patty Loveless, Pam Tillis, Terri Clark and more. In 2019, Sugar and Spice released their first single called Lonesome Town from their growing catalogue of original music. Be sure to follow Danita as she continues to share her music and entertain crowds far and wide. Whether she is performing as a solo artist, with the Dirt Road Angels, or as part of her duo Sugar and Spice, you won’t want to miss out on a chance to experience Danita in action.
Highlights
Art type: Live Music
Music type: Cover Music
What this Artist plays most of the time
Genre: Country
Home base: Edmonton
Appeals most (but not limited) to:
Activity
Events booked with Stagehand
1
Upcoming Events
No upcoming events
See all events
More Photos
Download
Download
Download
Availability