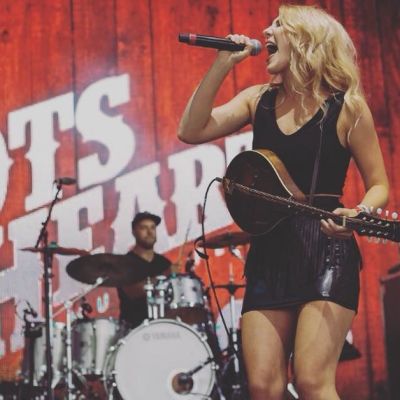 Sign InSign Up
About
Julia Vos is an Alberta artist who has been on the rise to making a name for herself in Canadian country music. A multi talent instrumentalist, truthful song writer, and a firecracker of a performer
Julia is a local talent to Alberta who has been on the rise to making a name for herself in Canadian country music. Working independently over the last 4 years, Julia has been able to grasp many opportunities performing on stages such as Nashville North at the Calgary Stampede, Boots & Hearts Music Festival and many others, as well as execute radio worthy song writing skills. Julia makes a triple threat of an artist with her multi talent instrumental skills, truthful song writing, and firecracker stage presence. Please find her accomplishments and biggest shows below, as well as live youtube performances at Calgary Stampede and her latest music video. 2018 Boots and Hearts Emerging Artist Showcase (Performances at Boots and Hearts Music Festival and opener for Jade Eagleson) 2018 Icebreaker Hockey Cabaret Hosted by Mark Messier (Performances opening for Gord Bamford) 2016-2019 Toronto Blue Jays Anthem Singer (Country Day Feature Artist) 2017 Single Release "Whispers" Canadian Country Radio air play 2016 Calgary Stampede Nashville North Star Winner (Performances at Nashville North and opener for Madeline Merlo) "Julia Vos played the mandolin like nobody’s business, and covered some very lofty songs: Sin Wagon by the “Dixie Chick” and “Better Dig Two” by The Band Perry." -Front Porch Music “Nearly all the mainstage artists at the Big Valley jamboree sang their first notes in church. In their teens or younger, the talented ones moved from the pews to the altar to Nashville – a trajectory Julia is already on." -Todd Babiak Edmonton Journal Country music artist Julia Vos is a small town girl with big ambitions. Now living part time in Edmonton and Toronto, she is entertaining and writing to take on Canada's country music industry by storm. Julia's music develops from a passion for sharing and raw personal experience. She was a Boots & Hearts Emerging Artist Showcase finalist for 2018, and was named Nashville North Star 2016 winner at the Calgary Stampede. Soon after she released her single ‘Whispers’ and has been featured on country radio stations Canada-wide.This led to her performing at the 2016 CCMA's in London for the Royalty Records showcase, and other opportunities. She has previously performed at the CFR half time show, Calgary Stampede events, and has opened for artists such as Gord Bamford, George Canyon, Adam Gregory, Beverly Mahood, and many more. Her early beginnings all started and are thanks to her parents and siblings playing together as a family band in the small town of Mulhurst Bay, AB. This gave her a great appreciation for classic country music and love for performing and writing. Julia continues to work hard and cannot wait to share more music world wide. You can find her single "Whispers" on iTunes, Apple Music, Spotify, and all music streaming services. https://www.youtube.com/watch?v=yxAmSzTf90g https://www.youtube.com/watch?v=VFkY_vgII2g
Highlights
Art type: Live Music
Music type: Original Music
What this Artist plays most of the time
Genre: CountryPopSinger/Songwriter
Home base: Edmonton
Appeals most (but not limited) to:
Activity
Events booked with Stagehand
127
Upcoming Events
No upcoming events
See all events
More Photos
Download
Download
Download
Availability