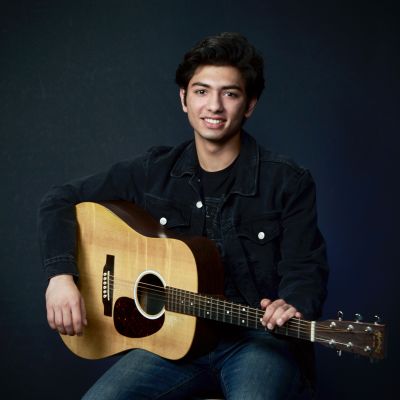 Sign InSign Up
About
Accomplished pop singer/songwriter, rock guitarist, and a solo performer
Awwab Paracha is a 17-year-old rock and pop musician based in Calgary, Alberta, Canada. He is an instrumentalist/ singer/songwriter. From covering great hits to writing original music, he is skilled in both of those areas. He mixes and blends a variety of his skills, producing a versatile tone that can shift through the genres of rock, blues, and soul. His originals put heavy emphasis on lyric work and acoustic elements. His solo acoustic work encapsulates many wholesome songs that capture the audience with their flow. In the past, has worked with a self-titled band and a few of the band's debut venues include The Lilac Festival 2022, Blind Beggar, Blue Can, and Summer Stage of Calgary Down Town Association. He has been featured on the local news while performing for The Calgary Downtown Association. (Link can be found here: https://calgary.ctvnews.ca/calgary-teen-guitar-whiz-hits-the-stage-with-new-band-1.5552826 ). He now works as a solo artist. Drawing inspiration from the greats, Awwab’s music resembles that of John Mayer, Harry Styles, Eric Clapton, Bob Dylan, and even Ed Sheeran. His intricate guitar work incorporates elements of soft rock, acoustic blues, and alternative music the way a painter uses colors for shading. Finding his musical beginnings as an 11-year-old boy, Awwab was first inspired by a middle school teacher to start playing guitar. After only a few months of lessons, he was able to mimic famous guitar solos written by the likes of AC/DC. Awwab has experience with many notable music venues in Calgary. He has played at the Palace Theatre, the Plaza Theatre, the CJAY 92 rock bike rally, King Eddy, the Slam fest, and many more places around the city. He was the 2019 finalist for the Calgary stampede talent search and a preferred artist of the Calgary downtown association. “One good thing about music, when it hits you, you feel no pain”- Bob Marley
Highlights
Art type: Live Music
Music type: Original Music
What this Artist plays most of the time
Genre: Singer/SongwriterIndie RockPop
Home base: Calgary
Appeals most (but not limited) to: All ages
Top Venues Performed/Exhibited *
Koi
2022/07
Blind Beggar
2022/01
Lilac Festival (17 Ave Stage)
2022/06
* Unverified
Activity
Events booked with Stagehand
32
Upcoming Events
No upcoming events
See all events
More Photos
Download
Download
Download
Availability

Calgary on the weekend, state holidays, evenings and during summer break