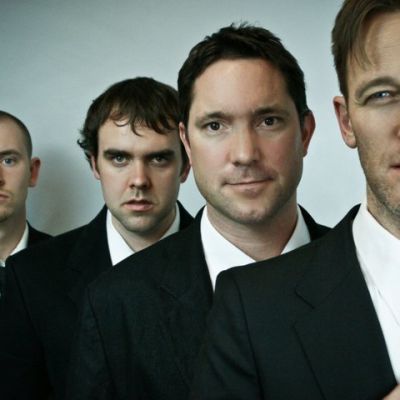 Sign InSign Up
About
Calgary soul/funk group, Souls in Rhythm has won many awards and accolades for their live show and original songwriting.They've toured much of the nation and have opened for several established icons.
****SiR JUST concluded tracking 13 songs for their new record - which will be released OCT 2nd, 2020!**** Funk/soul group Souls in Rhythm has toured much of the nation, and opened for prominent artists such as American hip-hop icon Common, and R&B super-group Boyz II Men. Rather than being impressionists of master/classic artists of the genre, SiR has a modern sound and seeks to innovate and contemporize a musical form they love. Canadian Musician Magazine elaborates; “smooth, soulful grooves, melody lines that stay in your head and polished vocals”, SiR’s music proudly pays homage to tradition, while at the same time expanding boundaries. "Souls in Rhythm has found a unique niche somewhere between the pop radio crowd and the folk and roots scene, with songs as influenced as prominently by Prince and Michael Jackson as Al Green and Jerry Lee Lewis." - The Edmonton Sun Souls in Rhythm is: Scott Henderson (keys/vocals)Caleb Roddick (bass), Spencer Cheyne (drums) and Vincent Bundick (guitar). "SiR is a funk to get in to...R&B act is the real deal" - Calgary Sun With a live show that delivers “hard-hitting bass, rhythmic guitar, rock-solid drums and dancing keys, all welded together with Henderson’s polished vocals” (Kamloops This Week), SiR will make you feel its music, inevitably ending with the people shaking it on the dance floor!
Highlights
Art type: Live Music
Music type: Original Music
What this Artist plays most of the time
Genre: FunkR&BSoul
Home base: Calgary
Appeals most (but not limited) to: Souls in Rhythm has a wide demographic and is equally comfortable performing at theatres, clubs, universities and festivals - and regularly plays all of these. We've received excellent support from both mainstream music stations, as well as CKUA and CBC. Our Spotify demographic statistics reports that we skew quite evenly between the following age spans: 18-22, 23-27, 28-34, and 35-44.
Top Venues Performed/Exhibited *
The Palace Theatre
2019/05
The Ironwood
2019/02
SAIT - Gateway
2018/06
* Unverified
Activity
Events booked with Stagehand
0
Upcoming Events
No upcoming events
See all events
Availability