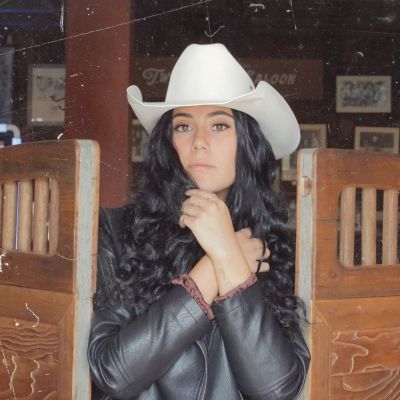 Sign InSign Up
About
A natural songbird with a powerful range, clear tone and vulnerability, Brettyn translates emotion behind her songs. Her kind and honest nature can be heard in her music and is a passionate performer
Brettyn Rose is an acoustic pop/country solo artist with a powerful range, clear tone and authentic vulnerability. She translates emotion and meaning into every song and her kind nature can be seen on and off the stage. Brettyn is a passionate performer who loves connecting with her audience through the power of music. Brettyn is also not afraid to explore genres with the songs she performs, putting her own style into it, as she believes it is about the connection and meaning behind the song. An emerging young artist from Okotoks, Alberta with a powerhouse voice that has been said to connect with people on a very emotional level. Brettyn has a passion for sharing stories through her songwriting and the universal language of music. With her Royal Conservatory training in music theory, piano and voice along with playing the guitar, Brettyn can be found performing at various venues across the province such as the The Ironwood. Along with pursuing her independent music, Brettyn is an anthem singer of both the Canadian and American national anthems for various sports teams across Calgary, Okotoks and High River including the Western Hockey League’s Calgary Hitmen and the Western Canadian Baseball League’s Okotoks Dawgs. Brettyn is continually working on developing and growing as an artist and musician and she is excited to share new stories and experiences in her new music soon. She has also recently released her debut single, “Running Out of Borrowed Time” which you can find on all streaming platforms!
Highlights
Art type: Live Music
Music type: Original Music
What this Artist plays most of the time
Genre: PopCountryTop 40
Home base: Okotoks
Appeals most (but not limited) to: All Ages
Top Stages Played *
National Music Centre
2018/05
The Blues Can
2019/06
Koi
2019/06
* Unverified
Activity
Events booked with Stagehand
2
Upcoming Events
No upcoming events
See all events
More Photos
Download
Download
Download
Availability