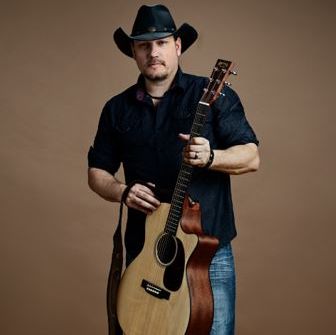 Sign InSign Up
About
Country recording artist and 2018 CCMA Spotlight Artist
Whether performing with his band, The Red Dirt Posse, or as a solo or acoustic act, Cory will put on a high energy stage show that your audience will be sure to love. He is the current CCMA (Canadian Country Music Association) Spotlight Artist and completed an international tour in May 2019 with dates in British Columbia as well as Washington and Oregon state, including a sold-out show in Ashcroft, BC. He will be returning to the western US and Canada late August with a stop in Portland, Oregon as the opener for Whey Jennings, grandson of Waylon Jennings. Cory's rich, soul-filled vocals helped gain him national exposure when he became the winner of the 2018 CCMA National Spotlight Performance Contest. Despite hailing from the smallest province in Canada, Prince Edward Island, Cory still received the largest number of fan votes to win the contest. This led to a performance at the Legends Show in Hamilton, Ontario for Canadian Country Music Week, sharing the stage with Chad Brownlee, Terri Clark, Aaron Goodvin, Charlie Major, Jason McCoy, JJ Shiplett, Patricia Conroy and Michelle Wright. Cory was invited on stage to perform with legendary recording artist George Canyon when George toured Summerside, Prince Edward Island in November 2018. His single “We Both Bleed” was released nationwide to Canadian radio stations on May 27, 2019. On May 28, 2019, the song was the number one most downloaded song by Canadian radio stations. On May 30, 2019, “We Both Bleed” remained in the top three most downloaded songs by radio stations in Canada. The single also was #3 in the top 10 for indie downloads by Canadian radio stations for the week ending June 3, 2019. The song was written by Nashville recording artist Chris Janson and Emmy Award winning songwriter Trey Bruce. The eleven-song album, Welcome to My World, will be released later in the spring and includes a duet “That’s Love”, with Georgette Jones (daughter of George Jones and Tammy Wynette).
Highlights
Art type: Live Music
Music type: Original Music
What this Artist plays most of the time
Genre: Country
Home base: O'Leary, PEI
Appeals most (but not limited) to: Adults, ages 25-40s.
Top Venues Performed/Exhibited *
Legends Show in Hamilton, Ontario for Canadian Country Music Week
2018/09
Harbourfront Jubilee Theatre (invited on stage to perform a song with George Canyon)
2018/11
Cape Tormentine Beach Festival (played and then sang a duet with Georgette Jones)
2018/08
* Unverified
Activity
Events booked with Stagehand
0
Upcoming Events
No upcoming events
See all events
More Photos
Download
Download
Download
Availability