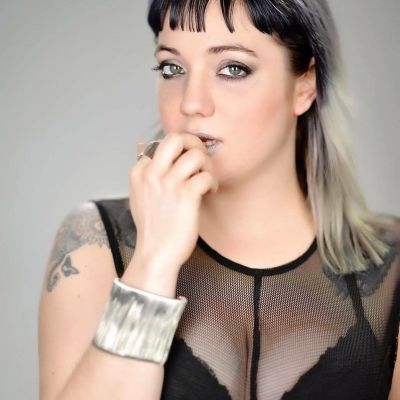 Sign InSign Up
About
Bella Cat is an incredible performer leaving you shaking in your seats with tears, excitement and fulfilment
Bella Cat is the fastest growing Independent artist In Ottawa Canada. She has done 5 tours across Canada in the last 3 years, rounding at around 200 shows a year. Some say Bella is a firecracker, comparing her performances and sound to Tina Turner, Amy Winehouse, Etta James, Eartha Kit and Janis Joplin. After her appearance on Canada’s TV SHOW La Voix her ticket sales have gone through the roof. Magazines, Newspapers, radio stations and Live music Venues have not stopped contacting her. Bella Cat has released two albums. Her first album came out of Nashville TN and her second out of Chicago ! The Young 27 year old can not be stopped because its her voice, body and soul that drives her to the stage. The incredible performer leaves you shaking in your seats with tears, goosebumps and fulfillment. There is no competition when it comes to the original music Bella sings and writes, she is truly a one of a kind performer. Setting the scene all the way back into the 1950's with her raspy soulful voice her new take on soul music will blow you away. Clyde Stubblefield (James Brown’s drummer) dubbed Bella “THE PRINCESS OF SOUL”. Bella’s latest album “It’s Not What It Looks Like” promises to entertain you with a passionate sound coming straight from the inner sanctum of her heart and soul. The album features Mae Koen & Shay Jones who sang with Aretha Franklin, Chaka Khan & Rusty Nails, it also features Billy Branch 3 time grammy nominee & Champagne James Robertson (Lindi Ortega’s Guitar Player) who wrote all of the music for the album. Full of horn arrangements, back up soul singers and funky rhythms. Her songs have just recently hit the radio charts during the month of January 2019 do to her latest performances creating such a stir in the Canadian music scene. As we said she is a fire cracker and can not be stopped …well there is more news ..after the passing of her producer in Chicago, her bass player passing and Clyde Stubblefield may they all rest in peace Bella came back to Ottawa to take on producing roles of her own. Learning from the best she has now produced new music in the Hip-hop genre as well as RnB and Soul. No matter what Bella does her music always takes you into another world. The new album is available for download on Apple Music, iTunes, Spotify
Highlights
Art type: Live Music
Music type: Original Music
What this Artist plays most of the time
Genre: R&BSoul
Home base: Nelson BC
Appeals most (but not limited) to:
Activity
Events booked with Stagehand
0
Upcoming Events
No upcoming events
See all events
Availability

Touring the west coast in August 2019