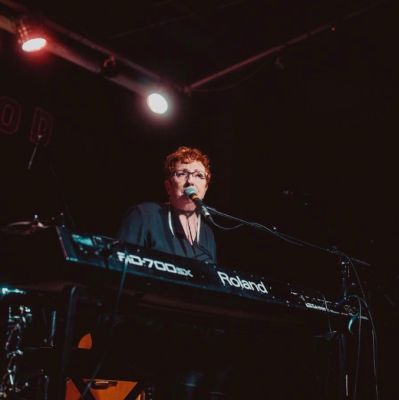 Sign InSign Up
About
Calgary's (Blues) piano ace and powerhouse vocalist Debra Power ..." - John Valentyn, "John's Blues Picks, Maple Blues Newsletter
Pianist, singer and songwriter Debra Power is known for her powerhouse vocals and keyboard skills, having built a long list of performance/recording credits across Canada and in the U.S. Debra just took home her second YYCMA for Blues Album of the Year, and was chosen to livestream showcase an original song for the WIB - Woman In Blues in February 2021out of Memphis Tennnessee Debra was weaned on Big Band music growing up, her father a bandleader during the dance era. Encouraged by her parents, Debra studied piano in her youth. In high school she formed her first band, an all-girls group that played local concerts and venues. She then headed off to study music at Memorial University of Newfoundland, where she majored in voice. This period also saw her launch her professional career, where she began carving her broad skill set and gaining experience in R&B and Rock & Roll bands, touring Eastern Canada. Moving to Alberta in the late 80's, Debra further expanded her repertoire playing in country bands and performing at feature venues such as the Calgary Stampede. She briefly returned to the Windsor/Detroit area, performing piano bars and festivals before returning to Calgary to settle down, marry and raise her daughter. Debra's studio work has included a solo work of original songs, gaining radio airplay on Holger Peterson's 'Natural Blues' program, and on numerous radio stations in Detroit. Her playing can also be heard on several commercial advertisements. The Calgary blues scene embraced Debra's great talent as a solo performer and in ensembles, recording/performing in a variety of settings with Canadian greats including Tim Williams, Bill Johnson, Back Alley John and Johnny V, to name a few. She's become a fixture on the Calgary club scene, and has been a featured performer at the Calgary International Blues Festival as well as Calgary Midwinter Bluesfest, where among her many performances, she backed the great Eddie Shaw. March of 2017 Debra opened for legends Charlie Musselwhite and Elvin Bishop at the Jack Singer Concert Hall as part of the PCL Blues Series. August 2017 Saw Debra opening the Edmonton Blues Festival. In 2014 Debra was honoured with the CBMA Award for Keyboard Player of the Year. She was a two time semi-finalist representing Southern Alberta in the Solo/Duo Category of the International Blues Challenge in Memphis, Tennessee (2016/18) She was nominated for Blues Artist of the Year at the WCMA's (2016) and received a nomination for Best New Artist at the Maple Blues Awards (2017) where she was also asked to showcase at the Toronto Blues Summit. Debra's debut release, Even Redheads Get The Blues (2016), has garnered rave reviews and wide airplay across North America and in Europe. May, 2019, saw the release of Debra's latest CD, That's How I Roll, another great album of originals featuring some of the nation's finest musicians. She's had one of her songs; Temptation, reach the Finals of the ISC (International Songwriting Competition) and two songs also reached the Semi-Finals. In September 2020, Debra took home her second YYCMA for Blues Recording of the Year, and was just chosen to livestream showcase an original song for the WIB - Woman In Blues in February 2021, which usually takes place at the IBC in Memphis Tennnessee. Debra plays it all..originals, classic rock, pop, country, blues and RnB and puts her own spin on many cover songs.
Highlights
Art type: Live Music
Music type: Original Music
What this Artist plays most of the time
Genre: BluesSinger/Songwriter
Home base: Airdrie
Appeals most (but not limited) to: all ages
Top Venues Performed/Exhibited *
Ironwood Calgary AB
2020/02
Angels Cafe Calgary AB
2020/03
IBC Memphis
2020/01
* Unverified
Activity
Events booked with Stagehand
0
Upcoming Events
No upcoming events
See all events
More Photos
Download
Download
Download
Availability