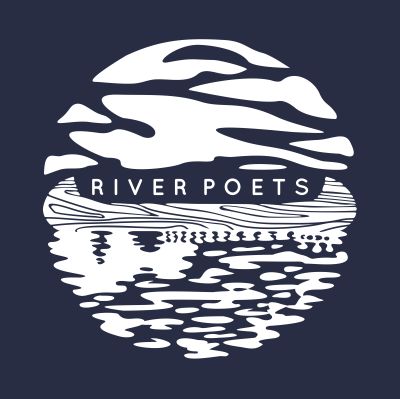 Sign InSign Up
About
River Poets are a Canadian duo that built their foundations in the heritage and traditions of their Canadian homeland--bringing it to light through their own brand of Canadianity folk-rock.
River Poets is a folk-rock musical duo featuring the Johnson brothers, Jo and Cabel Johnson. They have been writing, recording and performing Canadian-inspired songs and a large catalogue of covers for the last number of years. Growing up along the banks of the Saskatchewan River near the outskirts of The Pas, Manitoba in the rural community of Rall's Island, the Johnson brothers felt the lure of music at an early age. With the stereo humming in the house (and car), blasting music both new and old, usually mailed from friends that lived in the big city, and mom's guitar and piano and Dad's banjo always within reach, it didn't take long for a lifelong love of music to take hold. Music provided--and continues to provide--family, friends and strangers moments to get lost in and be a part of together. River Poets draw their inspiration from the Canadian landscape and its people. From the Pacific coast along to the Rocky Mountains, feeding into the North and South Saskatchewan Rivers. Ripping north to the tundra and permafrost of the Territories, the Northwest wind bringing us back past prairie highways of beaming canola, tawny wheat and broken-blue flax. The Great Lakes. The resonant and varied history of Canada’s Indigenous peoples, Pre-Confederation Canada in New France and Old York. And the rich, vibrant Atlantic Canadian provinces with salt on-the-air, golden-era boats in the water and bright red mud lining its fertile soil. River Poets started out playing open-mic nights and busking in Leduc, Alberta. They entered a songwriting contest (Rock the Block) through Main Street Leduc and were one of the 10 finalists to perform at the Grand Opening of Main Street on June 24th 2017. Soon, gigs began cropping up over the next two years through a variety of contacts in Leduc, including: Leduc Arts Foundry Art Walk, Fourth Friday Downtown Leduc Block Party, Black Gold Rodeo, and other local events. Jonathan’s Lounge also began hiring River Poets for monthly gigs in the fall of 2018 through the spring of 2019. Most recently, River Poets was hired for the O’Brian’s Restaurant and Grill - Urban Farmer’s Market and Culture Days through the City of Leduc during the fall of 2019. River Poets writes songs for all Canadians; with a focus on referencing provinces and territories, cities and small towns, while including historical references and local/national vernacular. Canada’s history, land, and people with their encompassing stories drive and shape these songs. River Poets began recording an EP in the summer of 2019. The tracks on the EP are inspired by and/or reference: a metaphor for the hardships the Indigenous peoples in Canada endured and continue to endure by staying connected to the land (River Poets); The Painted Door by Sinclair Ross (Prairie Disaster); spending a night out in the snow with your love--even if they are a wreck (Shadows of the Rain); family, friends and Cranberry Portage, MB (Canneberge); driving home across the provinces and seasons (Darling Allison); and meeting the woman of your dreams while working at a small town grocery store while (vernacular) “birling hard in pits of sand” (Harder Stuff). They hope to take their self-titled EP to garner more interest through gigging and create a following for their music. Their goal is to record a full-length album, with each track representing a different province and territory for a total of 13 (ten provinces and 3 territories).
Highlights
Art type: Live Music
Music type: Original Music
What this Artist plays most of the time
Genre: FolkSinger/Songwriter
Home base: Leduc
Appeals most (but not limited) to:
Top Stages Played *
Canada Day 2020 (Virtual Concert) - Shell Theatre
2020/07
Black Gold Rodeo - Main Stage Trade Show
2019/05
Leduc Culture Days
2019/09
* Unverified
Activity
Events booked with Stagehand
0
Upcoming Events
No upcoming events
See all events
More Photos
Download
Download
Download
Availability

Edmonton and Area: all evenings; anytime on weekends Calgary and Area: Saturdays