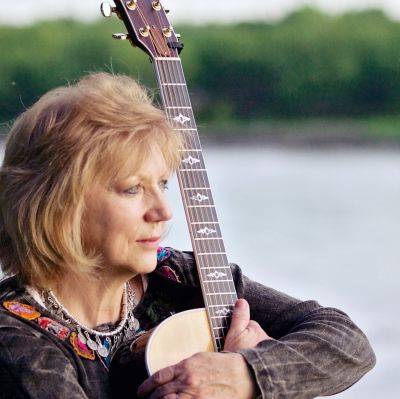 Sign InSign Up
About
ALI SELLIN was raised in a musical family with 5 older brothers near Spirit River, Alberta. At age 12 she taught herself to play guitar and soon thereafter began to write her first songs. Folk, Country and R & B stylings come from early varied influences of Gordon Lightfoot, Anne Murray, and Kris Kristofferson to name a few. After the mid 70's, Ali entertained in several dinner clubs in British Columbia, thereafter moving to Saskatchewan in 1979. Some of her music activities involved composing the 1988 Saskatchewan Summer Games theme song "Come to the Games", along with taking top honors in talent shows, and participating in a CJWW Saskatchewan Country Dozen compilation recording her song, "Simple Old Goodbye" and opening a concert for Moe Bandy. Life changes put her music on hold for 20 years until Ali renewed her passion to write and perform her music again, this time living in Medicine Hat, AB. where she resides today. Besides performing solo, at times she collaborates with fellow musicians . Her current group, "Prairie Ride" consists of Bill Coffey on electric bass and daughter, Farren Assaly on Djembe drum and background vocals. Involved with local Live Music and Folk Music clubs of Medicine Hat, AB has kept her in the local limelight performing her songs to the enjoyment of her fans. Ali released her first complete cd album in 2014 entitled "The River In between". followed most recently by the album "Burnt River" in 2017. Continuing to bring you her craft, watch for upcoming events. Contact: ALI SELLIN via email: alisellin@icloud.com and Facebook.
Highlights
Art type: Live Music
Music type: Original Music
What this Artist plays most of the time
Genre: BluegrassBluesCountryFolkR&BSinger/Songwriter
Home base: Spirit River, Ab
Appeals most (but not limited) to:
Activity
Events booked with Stagehand
0
Upcoming Events
No upcoming events
See all events
Availability