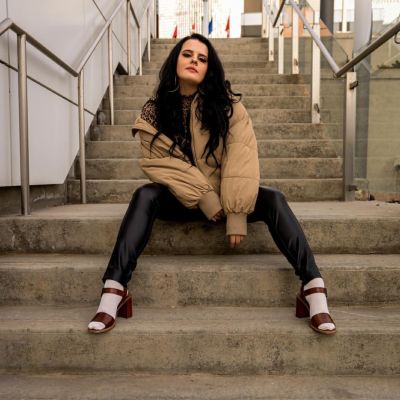 Sign InSign Up
About
Shayla Souliere, Singer/Songwriter, within the Pop Genre from Regina, Saskatchewan. Willing to play acoustic and travel
Shayla Souliere’s latest single, ‘Know Better’, is as much an affirmation of her belief in the power of music as a mission statement; one that displays the Regina-based, pop artist’s desire to empower others through music, and her personal dedication to her craft, in equal measure. . “Music is my passion,” Souliere says. “It’s has always kept me going and I believe that it can help you rise above whatever life throws at you, and this song is a way of sharing that belief.” Co-written by Souliere, Brooke Williams and producer/mixer, AJ Afterparty, ‘Know Better’ will resonate with anyone who’s been made to feel that they’re not good enough by others, for any reason, at any time in their life. But for Souliere it’s personal; a reflection of the single-minded approach she’s taken to her career as a singer, songwriter and recording artist since day one. For Souliere, in music and life, the only way to succeed is to refuse to take no for an answer and to move forward fearlessly and without hesitation, regardless of who tries to knock you down along the way. “As an artist you’re often told you should be more like somebody else, but everybody’s different – if they weren’t, the world would be very boring place.” “I do not ‘half ass’ anything in life,” continues Souliere, crediting the work ethic her family instilled in her early on. “When something gets hard you don’t quit. That really stuck with, and it’s something, I think, that’s helped me balance myself as an artist and stay true to who I am.” In 2013, Souliere sold the car she bought herself during high school to bankroll her first recording sessions in Los Angeles. Since, she’s continued to travel regularly to write and record in LA, Toronto, and released multiple singles including ‘Days Like That’ (July 2019); ‘Let Me Go” (2018); ‘Over – Feat. Pimpton’ (2016) and ‘Screw U’ (2015). Note: re-ordered past singles starting with most current Additionally, she’s personally brokered endorsement deals with brands including Bennett Dunlop Ford, Christian Paul Watches, Kranks Audio, Body Boss, and Love Your Melon, ultimately accumulating over 120,000 followers across her social media accounts.
Highlights
Art type: Live Music
Music type: Original Music
What this Artist plays most of the time
Genre: PopTop 40
Home base: Regina
Appeals most (but not limited) to:
Activity
Events booked with Stagehand
0
Upcoming Events
No upcoming events
See all events
Availability