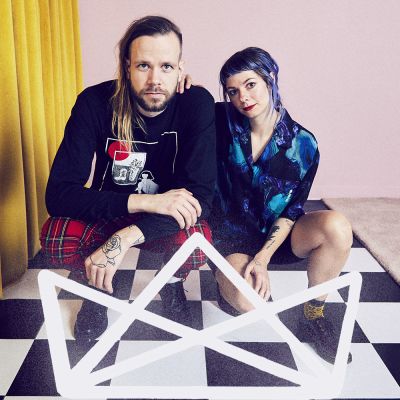 Sign InSign Up
About
The Royal Foundry is an upbeat Alt-Rock band that makes catchy-singable music driven by raw guitar and tasty synths. Their music has been featured by Disney, Purina, MTV etc.. and broken Top-40 radio.
"if Mumford & Sons ever held a Super-Jam with Arcade Fire, it might sound something like The Royal Foundry's new single "Running Away." - [Grant Lawrence, CBC Music] The Royal Foundry is a Canadian Indie-Alt-Pop band anchored by husband and wife Jared Salte and Beth Schumacher, along with touring band members Robbie Szabo and Jeremy Dehek. Founded in 2013 what started as a folk-duo quickly evolved into an in- die-alt-pop quartet. They were thrown into the spotlight when their music video “All We Have” received attention from local radio station Sonic 102.9. The video went “indie-viral” quickly hitting 50,000 views on YouTube. Their first alt-pop single ‘Running Away’ released in 2015 was their first journey into Alternative music. Shortly after it’s release it climbed the Alt-Rock Charts across Canada to #23. (the only indie band on the chart at the time) After playing multiple cross-Canada tours and being introduced into touring in the US through tours and extensive showcasing, The Royal Foundry gained popularity and accolades with their album “Lost In Your Head” earning them numerous awards and nominations from the WCMA’s, EMA’s, Lennon Awards and many more. Their album has since then had three Alt-Rock Top 40 Singles with “Never Have Time, Running Away and Dreamers.” Recently, with the release of their new album ‘WAKEUP WAKEUP’, The Royal Foundry has continued to push their success, growing and maturing as artists, enveloping and experimenting with unique instrumentals and daring compositions. Over their short career they've had the opportunity to share the stage with Twenty One Pilots, Halsey, The Lumineers, The Arkells, July Talk, Hollerado etc...
Highlights
Art type: Live Music
Music type: Original Music
What this Artist plays most of the time
Genre: AlternativeIndie RockPop
Home base: Sherwood Park
Appeals most (but not limited) to: Teens, University Students and 30-40
Top Venues Performed/Exhibited *
Rogers Place - Edmonton
2018/03
Grey Cup Festival - Edmonton
2018/11
Calgary Stampede Coca Cola Stage
2019/07
* Unverified
Activity
Events booked with Stagehand
0
Upcoming Events
No upcoming events
See all events
More Photos
Download
Download
Download
Availability