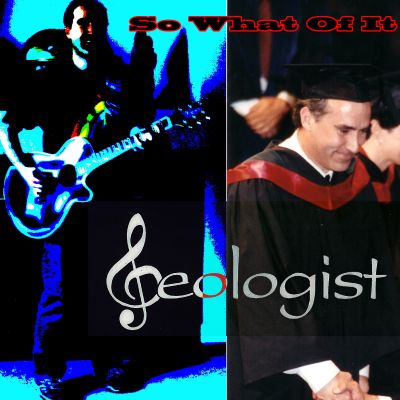 Sign InSign Up
About
Randy Williams is a multi-instrumentalist musician, vocalist, composer, producer, engineer.
Randy Williams or "Geologist" is a multi-instrumentalist musician, vocalist, composer, producer, engineer. While he was a working musician, he acquired 6 degrees from the university of Alberta (Edmonton) and he was awarded the Mary Louise Imrie graduate student award (1998) for two limited edition albums he created in 1994 that promoted human rights. He achieved perfect grades during an Advanced Professional Certificate in Music Production at the Berklee College of Music (Boston) and was awarded a Phil Ramone Scholarship for the final course. During the week of January 5, 2015, Geologist had the DMDS 10th Most Active Indie streamed/downloaded Single not promoted to radio by any of the ‘major’ record companies. He has released more than 200 songs among 14 albums and 44 singles (most as "Geologist", a couple of albums as "Randy Williams, Geologist", one of which was mixed by Barry Allen, and an album and several singles as, "Geologist, Jeanius and Sticks"). His 58 album covers demonstrate his oil painting, drawing and graphic artwork. Since 2010, he has produced, engineered and mastered music from his company’s studio. More recently in 2019, he has edited video to promote his release: “E.L.S.E._Love Somebody Else”. A member of CARAS and SOCAN, Randy is Avid Certified in Pro Tools. His performing name is a CIPO Registered Trademark: "Geologist", which appeared on his first two limited edition albums published in 1994 (which were only available from the CD Baby site) and all his wares and services since then. Geologist used the CD Baby Store site as his website until April 1, 2020 when CD Baby discontinued the store. At present, Geologist’s music can be found on iTunes, as well as Amazon, Spotify and other streaming and downloading sites. Geologist did not release many of his works on streaming sites in the past and he has been reluctant to upload videos to YouTube that can be heard without being paid. Geologist dislikes social media sites, which he views as a waste of time. An employee from his company is currently creating a music website for downloads, streams and his wares and services. We were caught off-guard by CD Baby’s surprise decision to stop its online store sales one day after “Stay Home” was released on March 31, 2020, which is a renamed and remastered version of “Home: Gotta Get Away” from Geologist's “Neolithic Nights, Playing Politics” album. Randy Williams is from Edmonton. Because his music has been released from CD Baby with a US bar code since 2009, iTunes has not realized Geologist is a Canadian artist, despite the Canadian ISRCs. For radio stations, Geologist’s music can be downloaded from DMDS.
Highlights
Art type: Live Music
Music type: Original Music
What this Artist plays most of the time
Genre: RockSinger/SongwriterTop 40
Home base: Edmonton
Appeals most (but not limited) to:
Activity
Events booked with Stagehand
0
Upcoming Events
No upcoming events
See all events
More Photos
Download
Download
Download
Availability