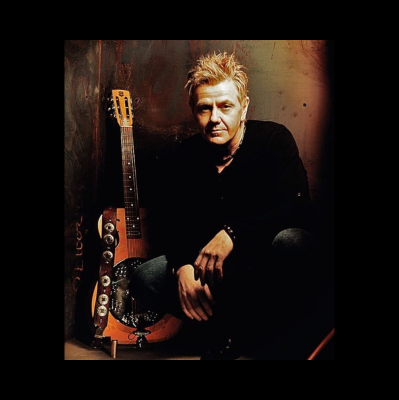 Sign InSign Up
About
“He isn't looking for his musical identity, he knows who he is. He's a great singer with great songs ” RANDY STAUB - RECORDING ENGINEER (NICKLEBACK, METALLICA, BON JOVI)
JOHN CAPEK SONGWRITER PRODUCER ( BONNIE RAITT, ROD STEWART ) “Passion plus Truth equals Soul. Bobby is the real thing....a consummate performer, songwriter, and recording artist. He is connected to his East Coast heritage, the roots of the blues, and to a genuine earthiness that is both melodious and foot-stomping. Bobby makes music that will move and inspire you ” For years, Bobby Cameron's performances have been called powerful, lately, his songwriting has been touted as powerful. What this artist has first and foremost is staying power. He does not re-invent himself to suit the current climate. Instead, Cameron has steadily built a career that started as an ace guitarist in rock bands, to a valued sideman, to frontman, to the singer-songwriter. His soul is anchored in his Cape Breton upbringing, Cameron brings to his music a riveting mix of styles, running the full gamut from folk and roots right up to blues-rock. The credentials came quickly for Cameron, who ﬁrst garnered national attention winning the Much Music Guitar Warz competition in 1990, leading to several appearances with Jeff Healey. His collaborating with Jully Black resulted in a song on her Juno award-winning album Revival. In 2007, he garnered Toronto Exclusive Magazine Awards: ‘Best Blues Artist’; ‘Best Blues Song’ for “Sueanna”; and ‘Artist of the Year’. From the BMG label, he received a platinum sales award for co-writing on Canadian Idol Winner Ryan Malcolm's Home album. In 2016, "Sueanna" wins big again at the Edmonton Music Awards for "Best Blues Recording". Cameron considered himself fortunate to be a special guest and guitar slinger for the late venerated blues icon Long John Baldry. His playing with Baldry on the international festival circuit was lauded and complimented by such legendary artists as JJ Cale .
Highlights
Art type: Live Music
Music type: Original Music
What this Artist plays most of the time
Genre: RootsAmericanaBlues
Home base: Edmonton
Appeals most (but not limited) to:
Activity
Events booked with Stagehand
0
Upcoming Events
No upcoming events
See all events
More Photos
Download
Download
Download
Availability