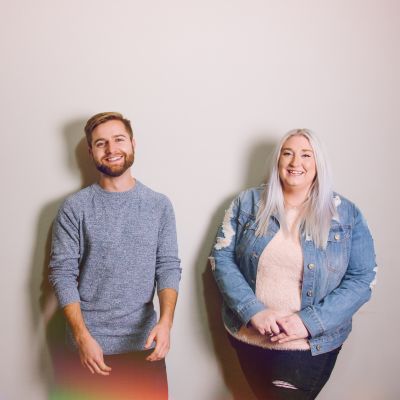 Sign InSign Up
About
X62 (ten-sixty-two) is a high-energy and emotionally compelling pop-soul duo from Edmonton, CA.
Drawing influence from pop, soul, and electronic music, X62 seamlessly blends together elements of each genre to create musically versatile and lyrically compelling songs. Consisting of Joel Toews and Sauvé (so-vay), X62 is influenced by Sam Smith, Emilié Sande, Brasstracks and NEEDTOBREATHE. Their gospel-tinged, optimistic sound is emphasized by backup vocals, dynamic horn lines and emotional complexity. Their lyrics toe the line between deeply personal and profoundly universal, inclining audiences to engage with both the duo’s live and recorded performances. X62’s newest single, “Nobody”, was released on April 24, 2020. In contrast to their previous singles, “Nobody” highlights the influence gospel music has on the group. “The song starts off sounding like a pop song,” says Sauvé, “but then halfway through we switch gears and bump up the whole song as we bring in a trumpet section and backup singers.” “For the back half of the song we wanted to change up the chords. We researched progressions from gospel artists such as Kirk Franklin or Elevation Collective and blended those ideas together to create a pop-gospel hybrid,” says Joel. Additional production for the single was provided by Robbie Townsend (Talltale, Laur Elle) and the track was mixed by Brad Smith (JUNO-nominated Nuela Charles, iamhill). “Nobody” is the duos fourth single. Their previous singles, “Love Me Still” (2019) and “DOWN” (2018), gained X62 radio airplay on Mix107.9 (Ft. Saskatchewan, AB) and 102.3 NOW Radio (Edmonton, AB). With an energizing and dynamic stage presence, the band toured in Ontario, CA in August 2019, performing at the Play in the Parks summer festival (Toronto). In April 2018, X62 placed first in the Students’ Association of MacEwan University showdown competition, leading to performances at the Kaleido Festival (Edmonton, AB, 2018) and MacEwan Fall Fest (Edmonton, AB, 2018). On top of writing and producing their own music, both Joel and Sauvé work as freelance composers for orchestra (Orchestra Borealis, University Symphony Orchestra), choir (Kokopelli Choir Association, Nuf Sed), film and theatre (“One Voice” & "The Ballad of Peachtree Rose").
Highlights
Art type: Live Music
Music type: Original Music
What this Artist plays most of the time
Genre: PopSoul
Home base: Edmonton
Appeals most (but not limited) to: Primary: Young Adult, Post-Secondary. Secondary: 30's
Top Venues Performed/Exhibited *
Play the Parks Summer Festival (Toronto, ON)
2019/08
Kaleido Family Arts Festival (Edmonton, AB)
2018/09
The Rec Room - West Edmonton Mall (Edmonton, AB)
2020/01
* Unverified
Activity
Events booked with Stagehand
0
Upcoming Events
No upcoming events
See all events
More Photos
Download
Download
Download
Availability