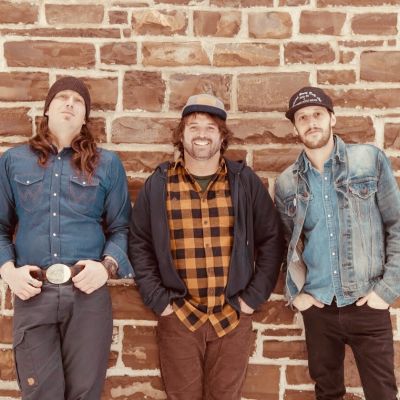 Sign InSign Up
About
Elk Run & Riot is a high energy alternative/folk/roots/rock band from the heart of the Canadian Rockies! They are quickly becoming a household name for fans of all ages across Canada and the world!
Formed in 2013, with each release Elk Run + Riot have consistently built on their strength —three and four-part harmonies and a no-nonsense group mentality reminiscent of The Band. Since releasing their 3rd album, Animalia, in early 2018, Elk Run + Riot have been tearing up western Canada, and in the process winning over scores of new fans with their high-energy brand of alternative folk. From their home base in Alberta’s picturesque Bow Valley, the group’s creative core of Ryan Schepens (vocals/guitar), Andrew Cotter (vocals/bass/guitar), Brian Bailey (mandolin/bass) have wowed audiences at the Wapiti Music Festival, Invermere Music Festival, Canmore Folk Music Festival, and Banff Shaw Amphitheatre’s Canadian Roots Music Celebration, while sharing stages with Wintersleep, The Dead South, The Sadies, The Deep Dark Woods, Elliott Brood, Leeroy Stagger, and many more. Elk Run + Riot’s 4th full-length album ​Morning Light​ was released on January 31st, 2020. The band wrote ​Morning Light i​n one night in a cabin in Golden, BC, after going on a songwriting retreat for a night to come up with new material and ending up with enough songs for an entire album! ​Morning Light was recorded at Studio D in Calgary, Alberta by Steve Dierkens, who co-produced the album with Elk Run + Riot. Morning Light​ touches on things like addiction, love/friends lost, growing up, the many times they’ve been crammed in the back of a Dodge Caravan (The Manatee Van) for weeks and months at a time just trying to make a name for themselves, and much more. The album sees the group growing more as musicians and becoming better songwriters, storytellers, and individuals
Highlights
Art type: Live Music
Music type: Original Music
What this Artist plays most of the time
Genre: RootsAlternativeFolk
Home base: Canmore, Alberta
Appeals most (but not limited) to:
Activity
Events booked with Stagehand
0
Upcoming Events
No upcoming events
See all events
More Photos
Download
Download
Download
Availability

In light of recent global events, our schedule is wide open!