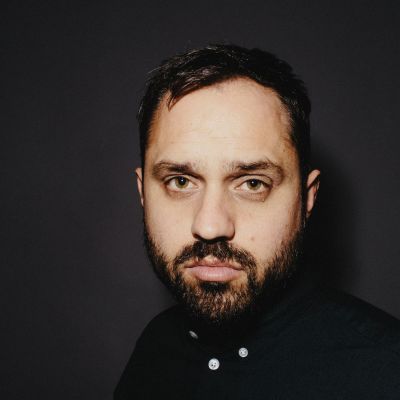 Sign InSign Up
About
I am Mike Edel, an Alberta born recording artist. I have a new album coming out in Fall 2020 on the heels of my 2019 Chris Walla (Death Cab For Cutie) produced album THRESHOLDS.
‘I don’t really feel the doubt, I just wanna sing it loud’ says Canadian-born Mike Edel in his new single Hello Universe arriving June 23rd. Edel delivers an uptempo summer anthem laden with melodic hooks, and the positivity we need now: inviting us to ‘turn your back’ to the negative and embrace the gratification and simple joy our individual paths through life offer. Mixed by Marcus Paquin (Arcade Fire, The National) and co-written with Parker Bossley, the accompanying music video is a must see. Shot over 5 days in Morocco in early March 2020, Edel and filmmaker Jordan Clarke barely made it home in the wake of the global pandemic. ‘It was a whirlwind video shoot and I connected through Paris. A little French macaroon lady told me I was lucky I was flying today because the European/USA borders were closing tomorrow.’ said Edel. The summer single is a follow up to Edel’s Chris Walla (Death Cab For Cutie) produced 2019 record, THRESHOLDS. After THRESHOLDS, 4 million cumulative streams across major platforms, landing a song on ABC’s American Idol, in heavy rotation on CBC Music, AAA Radio across the United States, and on Sirius XM’s The Verge and North Americana; after playing hundreds of shows across North American and Europe including Rifflandia Festival, Vancouver Folk Festival, Regina Folk Festival, Victoria International Jazz Festival, and Upstream Music Festival; after sharing the stage with Serena Ryder, Foy Vance, Said The Whale and Josh Garrels; and after moving to Seattle, WA and getting married, Edel has established himself as a creative tour de force with plenty on the horizon.
Highlights
Art type: Live Music
Music type: Original Music
What this Artist plays most of the time
Genre: Singer/SongwriterIndie Rock
Home base: Linden, AB
Appeals most (but not limited) to:
Activity
Events booked with Stagehand
0
Upcoming Events
No upcoming events
See all events
Availability