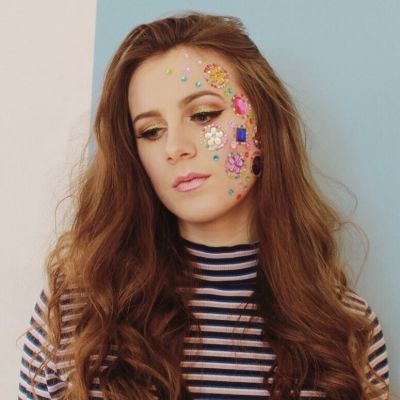 Sign InSign Up
About
Armed with a soulful, velvety voice, Edmonton-based singer/songwriter Kaeley Jade effortlessly blends lush poetry and hooky melodic lines to craft music that is both playful and poignant.
Armed with a soulful, velvety voice, Edmonton-based singer/songwriter Kaeley Jade effortlessly blends lush poetry and hooky melodic lines to craft music that is both playful and poignant. Reminiscent of artists like Maggie Rogers, Vance Joy and Taylor Swift, the Métis artist explores the beauty and complexity of human relationships in her vibrant and polished indie pop. Since dropping her debut EP Years Ago in 2020, Jade has been making waves in the Canadian music scene. After a strong community response, “Years Ago” was added to the regular rotation on 102.3 NOW! Radio (Jim Pattison Broadcast Group). Her music has been added to major editorial playlists across DSPs—such as New Music Friday and Fresh Finds on Spotify, and Indigenous Now on Apple Music—and featured in numerous publications including Tinnitist (500k+ Twitter followers), SAY Magazine and The GATE. Kaeley Jade’s music has been played on radio stations across North America; her single “Highway 16” broke the top 10 on the Indigenous Music Countdown, and its accompanying music video landed her a spot in the top 12 of the Indigenous Music Awards’ Music Video Competition. Her song “Elijah” was also placed in Link to the Past Productions’ feature film, No Apology. A veteran of the stage, Jade began performing on stages in and around Alberta by the age of nine. She has performed at a multitude of venues including the Big Valley Jamboree, Tkaronto Music Festival, Nextfest and the Tim Horton’s Brier, and has also appeared as a vocalist for the Edmonton Pops Orchestra. An alumnus of RBCxMusic’s First Up Program and Indigenous Music’s Market Builder Residency, Jade possesses an impressive ability to move from ballads to bops with ease, and there is an authentic and grounded quality to her stage presence that creates an experience that is both electric and evocative. Alongside her career as a singer/songwriter, Kaeley Jade also works as an actor and visual artist; she holds a Bachelor of Fine Arts Degree in Acting from the University of Alberta, and she is the current festival director for the 2021 Ukrainian Village Music Fest. She has composed music for several theatre and film productions, such as Theatre Calgary’s production of Romeo & Juliet, and she is set to work with Northern Light Theatre on the composition of a brand-new musical for their 2021/2022 season. Her ability to work in multiple disciplines charges her artistry with depth and fullness, which is evident in her latest single, “Painless.” Produced by the Juno-nominated team at Velveteen Music, “Painless”, dances through the nuclear fallout of a relationship gone awry. Both cynical and celebratory, “Painless” is filled to the brim with shimmering hooks, silky vocals and groovy riffs. “Painless” is now available on Spotify, Apple Music, and all other major digital streaming platforms.
Highlights
Art type: Live Music
Music type: Original Music
What this Artist plays most of the time
Genre: PopAlternativeFolk
Home base: Edmonton
Appeals most (but not limited) to: 15-40, Canadian
Top Venues Performed/Exhibited *
Taste of Edmonton - Headliner performance (Edmonton AB)
2021/07
Edmonton Fringe Festival Opening Ceremonies (Edmonton AB)
2021/08
Tkaronto Music Festival (Toronto ON)
2021/05
* Unverified
Activity
Events booked with Stagehand
0
Upcoming Events
No upcoming events
See all events
More Photos
Download
Download
Download
Availability