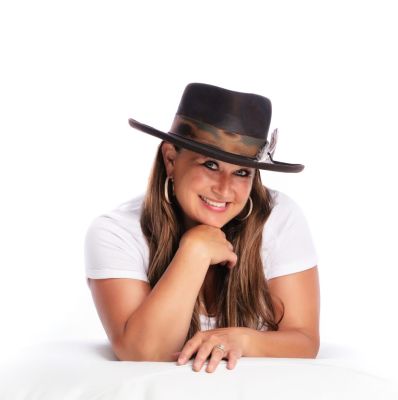 Sign InSign Up
About
An accomplished performer, Millar's voice has been described as a "pure country instrument". Her sound reflects a traditional/roots country upbringing and she remains solid in her style.
Tracy Millar comes from a world far away from those where an artist’s career is shaped by the myriad of variables, the music business insists are necessary to drive a musicians career. A rural Alberta gal, Tracy has always been passionate about music and contributing to her community. And passionate with a capital “P”, as this recording artist never gives less than 100% of her heart, and God-given talents to any project or performance. All this wouldn’t carry much weight if Tracy Millar’s efforts over the last decade had landed on deaf ears and indifferent audiences. But the fact is Millar has been winning over the public and peers with a pure voice coming out of the country tradition, and songs resonating with audiences possibly hearing her for the 1st time or 10th time. As an accomplished performer Tracy has shared the stage with some of North America’s biggest stars; Tanya Tucker , Keith Urban, Tim McGraw, Nitty Gritty Dirt Band , Brett Kissel, Clayton Bellamy just to name a few. Despite taking a few years off from recording Tracy never stopped performing, often being asked to return to Rodeos, Annual Corporate Events and Alberta Festivals. Tracy has been a long time member of the Ian Tyson “The Gift” tribute a performance by former members of Ian Tyson’s Band as well as featuring Artists such as Corb Lund. Whether it’s the main stage of Big Valley Jamboree, or the Songwriters stage at Trac on 2, Tracy’s genuine love of people, her humble spirit and cheeky wit come together with her pure talent delighting her fans and always making new ones.
Highlights
Art type: Live Music
Music type: Original Music
What this Artist plays most of the time
Genre: CountrySinger/Songwriter
Home base: Camrose AB
Appeals most (but not limited) to: Age +25
Top Stages Played *
The Gift: A Musical Tribute To Ian Tyson Various locations.
2020/02
Big Valley Jamboree Main Stage
2017/05
Buck Lake Stampede
2018/07
* Unverified
Activity
Events booked with Stagehand
0
Upcoming Events
No upcoming events
See all events
More Photos
Download
Availability

Friday-Sunday year round. Tracy is based out of Camrose but has played extensively all over Alberta.