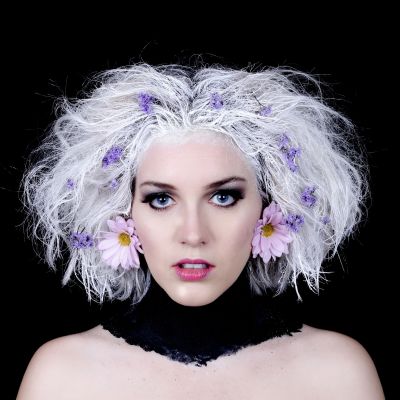 Sign InSign Up
About
Laura Hickli is an award-winning baroque-pop/chamber-folk artist from Calgary. In 2019, she left a normal life behind in pursuit of her passions to live in a van on an endless tour of North America.
Laura Hickli is an award-winning international-touring baroque-pop / chamber-folk artist from Calgary, AB. Her newest single Listen (recorded during a residency at the world-renowned Banff Centre for Arts and Creativity) tells the story of a woman recovering from a traumatic childhood while coming to terms with accepting herself and her mental illness. Hickli played over 200 shows across the continent last year. Bringing audiences world-class performances with a rare and chilling honesty, Laura Hickli, described as ‘indomitable,’ will shatter any expectation of the way a piano can be played, a voice can be lifted, or a life can be lived. Currently waiting out the COVID pandemic in her hometown, Hickli is finalizing the production of her upcoming record (recently picked up by North Pole Records in Billings, MT) while her latest single 'Listen' and debut album 'Flowstate' receive continuous airplay on popular radio stations such as CBC Radio, CKUA, and more. “A true artist that does not shy away from digging deep within, to find that vulnerable space, to bring it to the surface, and then shine a light on it for all to see.“ - Empire Music On Laura's latest single, 'Listen': "It's like a letter to a future self, but it you had time traveled backwards so it shows up now when you're actually writing it." - Dan Mangan For those interested in sonic parallels, Hickli's haunting music is frequently compared to seminal artists including Fiona Apple, Tori Amos, Kate Bush, and Regina Spektor.
Highlights
Art type: Live Music
Music type: Original Music
What this Artist plays most of the time
Genre: FolkPopSinger/Songwriter
Home base: Calgary
Appeals most (but not limited) to:
Top Venues Performed/Exhibited *
King Eddy (Block Heater - Calgary Folk Music Festival) - Calgary, AB
2020/02
Spanish Ballroom - Tacoma, WA
2019/11
2905 (Julia Louis-Drey Fest) - Billings, MT
2019/08
* Unverified
Activity
Events booked with Stagehand
0
Upcoming Events
No upcoming events
See all events
More Photos
Download
Download
Download
Availability

Currently in Calgary, AB during COVID. Available for online performances only at this time.