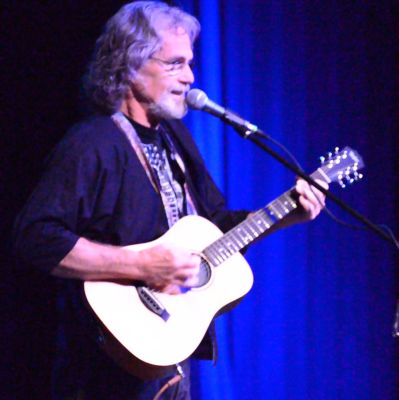 Sign InSign Up
About
Papa King Cole and the Boogie Men
Papa King Cole who comes by his name legitimately has been a frontman since his debut at 6 in front of all the relatives and family friends on the stage his Dad built back in 1955. After years of honing his craft, he began playing and producing shows including the first official Blues Festival in Lethbridge Alberta (1998) which had sold-out shows for 5 years running. With six children under his belt, his music has played 2nd fiddle to the family for many years, but now the Boogieman has been released. Papa King & the Boogiemen range in size from a duo to a 5 piece and the energy that fills the room when this band turns on can be compared to a hot 1950’s night on Westside Chicago or a stroll down Beale Street in the ’30s. His band these days consists of Harpdog Brown (harpdogbrown.com) burning down the house on harmonica and vocals with Doug Freeman holding down the bottom end, while King’s two feet of trouble keep the meter tight. Both Harpdog and Freeman are bonafide road warriors with 8 decades of experience between them. We invite you all to come out and experience this triple threat in action.
Highlights
Art type: Live Music
Music type: Original Music
What this Artist plays most of the time
Genre: BluesR&BSinger/Songwriter
Home base: LETHBRIDGE
Appeals most (but not limited) to: "Papa" King Cole is a solid, hard working Albertan, who has supported his family as a class 1 truck driver by day and singer/songwriter musician by night. His music and songs reflect the life he lives and observes. Driven with love and passion, this is music for all ages. Multi talented man, playing drums with his feet while singing and playing guitar, and leading the band. Not a small task! His original songs all engage with his audiences, and they leave with a good taste in their soul. High energy, but not nervous energy, this act can play anywhere from festivals to juke joints.
Top Stages Played *
Lethbridge Jazz and Blues Festival, Lethbridge, Alberta
2018/06
The Blues Can, Calgary, Alberta
2019/11
The Blues Can, Calgary, Alberta
2018/09
* Unverified
Activity
Events booked with Stagehand
0
Upcoming Events
No upcoming events
See all events
More Photos
Download
Download
Download
Availability