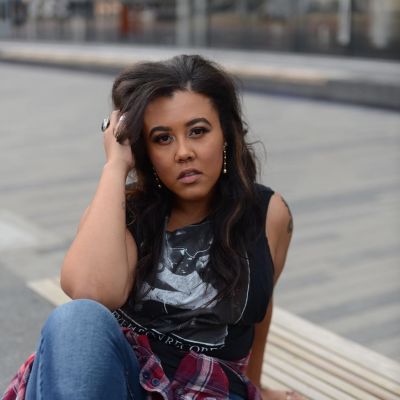 Sign InSign Up
About
With climbing vocals and locked in grooves, Sierra's authenticity often moves audiences to laughter and tears.
Whether she graces the stage with simply her piano and a song, or with her electrifying band, Sierra Jamerson bares her soul on stage. Sonically, she is described as "Fiona Apple and Erykah Badu all wrapped into one”. Her message is one of peace. Lyrically she is raw and honest, tackling themes of self-love, body image, the environment, spirituality, heartbreak, passion, and equality. Her songs are derived from a wisdom beyond her years, and the desire to uplift and reach the heart of everyone who hears her. While she can demonstrate her vocal prowess in nearly any genre from reggae to rock, her heart finds its home in the Jazz, RnB, and  introspective pop music she grew up on.  Sierra has performed with many notable international artists, including Mavis Staples, legendary Motown group The Drifters, Madagascar Slim and Josh Groban. One of her proudest achievements occurred in 2005, where she sang in a command performance for Her Majesty Queen Elizabeth II. She has received numerous awards for her music, including the Rawlco Radio Continuing Award, Astral Media Radio GP Scholarship, and the Big Miller Award for musical excellence. Her debut EP, "Blood in the Water" was nominated for Best Urban Recording at the Western Canadian Music Awards. It also reached number two on Ride the Tempo's indie charts and has been played on radio stations across North America. She is currently writing and recording her second EP, which is taking shape as her most confessional piece of work yet.
Highlights
Art type: Live Music
Music type: Original Music
What this Artist plays most of the time
Genre: R&BSinger/Songwriter
Home base: Edmonton
Appeals most (but not limited) to:
Top Venues Performed/Exhibited *
Yardbird Suite
2020/02
Edmonton International Jazz Festival
2019/06
Rec Room South Edmonton Common
2018/08
* Unverified
Activity
Events booked with Stagehand
0
Upcoming Events
No upcoming events
See all events
Availability