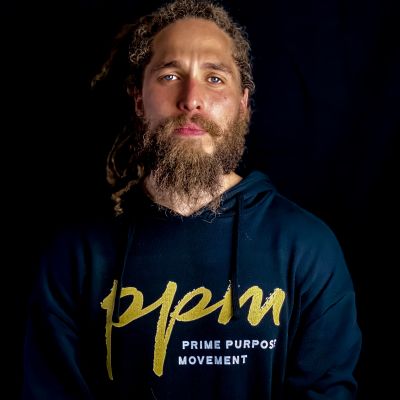 Sign InSign Up
About
JusJrdn is a unique hip hop artist blending genres and styles, both singing and rapping. Raspy voiced, emotional, high energy, and nothing less of entertaining.
Jordan “JusJrdn” Pariseau is an independent, national award nominated hip hop artist from Edmonton, Alberta, Canada.  Prior to emerging as a solo artist, JusJrdn collaborated with Edmonton artists Angelo Gabe, and Karly Hope, performing as the trio ImPerfection. They cut their teeth and earned their dues performing at talent shows, fundraisers, weddings, birthday parties, and anywhere else they could plug in and bust out. JusJrdn began performing more shows as a solo act, developing his voice, and honing his performance style. In November 2015, JusJrdn collaborated on a 3-song project with producer Andrew Menzak, who was using it for his portfolio at MacEwan University, a collaboration that sparked 2016’s 14-track record “L.I.F.E.”. The album, featuring JusJrdn’s previous collaborators Karly Hope and Angelo Gabe, officially released on December 27th, 2016, and the official sold-out release party blew the walls off The Needle Vinyl Tavern in Edmonton. JusJrdn was nominated for both the People’s Choice Award for the 2017 Edmonton Music Awards as well as Prairie Rap Album of the year for the 2017 CUT Awards. Off the strength of the album JusJrdn continued to perform around Edmonton, opening for bigger acts such as R.A. The Rugged man, A-F-R-O, Ace Hood, Vic Mensa, Tyga, as well as hosting Jay-Z’s 4:44 tour after-party. In May of 2018, as JusJrdn was preparing to tour Europe, it all fell apart. Some business deals went chaotic, creating a ton of debt for JusJrdn. His girlfriend left, and JusJrdn faced the challenge of running his personal training Company F.R.E.E. Fitness, while struggling to pay off bills and find energy for his art. JusJrdn hit a wall. What followed was a period of isolation, depression and crippling anxiety. But after some time in isolation to heal and rejuvenate, reading and meditating daily, along with an intense workout and fasting schedule, JusJrdn found his way back to the light, better, faster, stronger.  In November 2019, JusJrdn dropped a set of singles called “Jus4Fun” to showcase his new, yet familiar, sound, his positive mindset, and his sky-high ambition. This is only the beginning. With a new, bigger team behind him, JusJrdn puts the final touches on 2 new e.p's and his killer full-length studio record “Olympus” (scheduled to drop in 2021). These projects will feature Canada's best in the music industry collaborating with professionals in and out of the studio, as well as featured mixes from mixing master Nato who works the cloesly with fellow Canadian Artist Merkules. Aiming high is nothing new for JusJrdn. With personal goals clearly in his sights, JusJrdn is ready to break big, bringing his insane, high energy stage show to new audiences. With the support of his family and with the lessons of the street behind him, JusJrdn won’t take no for an answer anymore. Nothing can stop J now.
Highlights
Art type: Live Music
Music type: Original Music
What this Artist plays most of the time
Genre: Hip-Hop/RapR&B
Home base: Edmonton
Appeals most (but not limited) to:
Activity
Events booked with Stagehand
0
Upcoming Events
No upcoming events
See all events
More Photos
Download
Download
Availability