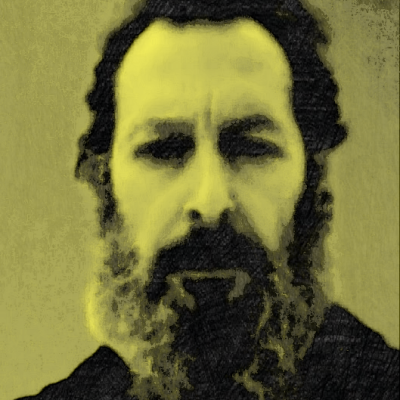 Sign InSign Up
About
Gone Wrong Folk Music from Canada's Prairies
Marked by a fierce wanderlust and a collection of Canadian addresses that spans the entire country, John Guliak’s calm and worldly vision expressed through his eclectic songwriting is both magnetic and effortless. His understated turns of phrase convey a considered approach to life and its delicacies while at the same time maintaining a melodic and accessible appeal. With more than 30 years as a prairie troubadour, touring internationally and living abroad, Guliak’s best and brightest may still be just ahead. With a profound respect for literature and a thirst for knowledge, Guliak’s passion for both mainstream and alternative music grew as he ventured from the farmlands of Saskatchewan to the capitals of Europe. As a result of his studies in Political Economy, he became tethered to socially conscious folk music for most of his young adulthood. Over time Guliak gradually rediscovered traditional arrangements and writing styles that had passed him by in earlier years and began generating his own variations on these timeless blueprints. The songs that result from this perspective have been compared to those of other uniquely Canadian voices such as Gordon Lightfoot and Leonard Cohen. As a veteran artist of Mint Records, Guliak released two full-length albums that were met with critical acclaim. In 2016, he self-released Fluke or Flounder with support from heavy-hitter Paul Rigby (Neko Case, Garth Hudson, Leeroy Stagger, The Sadies). The result was a unique, alternative post-rock sound with the cadence of diehard traditional folk featured throughout. This recording followed a 7 year sojourn in Glasgow where he took a respite from performing while continuing to write. After this tenure of searching for purpose and inspiration, his passion for sharing story and song was reignited. Returning to Canada in 2015, Guliak’s performances and songwriting have been admired and sought out by the music community as he continues to grow a dedicated audience. His live show, often versatile in players and styles, is an engaging experience accented with authenticity and charm in exactly the right proportions helping to create an atmosphere that feels more like a conversation than a performance. His whiskey and cigarettes baritone has been described in Nerve Magazine as, "one of those character voices that should almost be trademarked." Whether globetrotting among the nameless or humbly coaxing crowds on stage, John Guliak’s songwriting is a treasure unlike any other. His dedication to exploring points of connection both captivates and refreshes anyone who is lucky enough to end up in his presence. Among the polished branding of mainstream culture, Guliak’s candour is a soft reminder of the purpose for art and understanding. In 2015 and 2016 he attended the Musician in Residence Program at The Banff Arts Centre, he also attended a 3 week residency at Rest For the Wicked in Brussels, Belgium in 2018. In 2019 he attended a 10 day writing workshop in Nashville at the home of Linda McRae with support from the Canada Council for the Arts. 2020 has him ready to release 3 new digital EPs: Fisherman, Farmer, Fool and planning to stay safe until things approach normal again.
Highlights
Art type: Live Music
Music type: Original Music
What this Artist plays most of the time
Genre: Singer/SongwriterAmericanaRoots
Home base: Edmonton
Appeals most (but not limited) to:
Activity
Events booked with Stagehand
0
Upcoming Events
No upcoming events
See all events
Availability