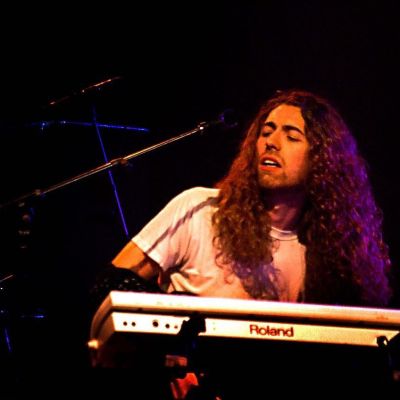 Sign InSign Up
About
Pop music infused with the heat and passion of the Sonoran Desert from which I was born.
Jake Walters is an exciting upcoming Arizona musician whose work spills across a variety of genres. Having started to play music, and perform in musical theatre, at just 8 years old, Walters quickly developed a love for the art of performance. By age 14 he had picked up guitar and bass. Shortly after, he formed alt-rock band Idle Lights, who would go on to play around the state. By 2016, he was also releasing solo material to supplement his work with the band. Just a few years later he’d graduate with a Bachelor of Music degree and the ambition to take on the world. With a sound that pulls from a variety of influences ranging from Michael Jackson and Prince to Lady Gaga and Bjork by way of Queen, and of course musical theater, Jake Walters has impressed regional audiences for years. His vocal talents won 1st place in the 2019 Arizona District NATS Competition, and his solo music can be found on the House of Indie Pop Spotify playlist. Somehow during all of this, he found a way to release 3 solo albums, and harness his theatrical stage presence to become a local favorite. By the time Idle Lights released their debut album in March of 2020, the band was ready to make a big splash, unfortunately this was stymied by the COVID-19 outbreak. Nevertheless, Jake Walters has remained busy. He’s currently working hard not just on a fourth solo album, but a few other secret projects as well. His overarching vision remains to fuse his disparate passions together into a larger, more grandiose offering. With sky high ambitions, and the talent to match, Walters humbly commands your attention.
Highlights
Art type: Live Music
Music type: Original Music
What this Artist plays most of the time
Genre: Singer/SongwriterPop
Home base: Los Angeles
Appeals most (but not limited) to:
Activity
Events booked with Stagehand
0
Upcoming Events
No upcoming events
See all events
More Photos
Download
Download
Availability