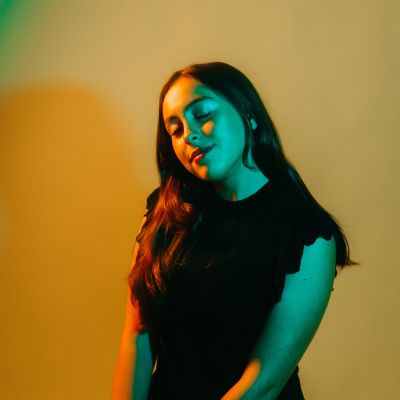 Sign InSign Up
About
Kaiya Gamble is a soulful pop singer-songwriter. She has performed for 5 years, both with a band and by herself. Fans are always captivated by her authentic storytelling and overall positive energy.
If Alessia Cara and Sara Bareilles had a younger sister obsessed with Leslie Odom Jr that would be Kaiya. She is soulful, passionate and inclusive. "I hope that anyone who comes to my shows or listens to my music can have permission to let go and be 110% themselves". She mainly does pop music but some songs may surprise you. Her motto is the same for music and people: everyone's welcome. Since releasing her debut single "Speak Out" in 2020, Kaiya's artistry has continued to blossom! She has performed for over thousands of people all over the world, has been nominated for two YYC Music Awards, won third place in the International Womens Freedom Song Contest, was the first recipient to receive the Youth Excellence Award at the 2019 Women of Inspiration Awards, and most recently, Kaiya won Lawson Vocal Studios National "BECOMING" Contest, being named their Standout Artist of 2021. Kaiya’s sophomore single, “I’m In It,” is about falling in love for the very first time. It’s an upbeat track with a catchy melody, rich piano, and groovy percussion. Both " Speak Out" and "I'm In It" were recorded at CCMA-nominated state of the art recording facility, OCL Studios, and produced by JUNO award-winning producers, Spencer Cheyne and Justin Kudding. In November 2021, Kaiya put on her own free, online benefit concert "Kaiya Live" , in support of frontline workers and also 3 different organizations. "Kaiya Live" was streamed into several countries around the world including Canada, USA, Brazil, and Australia. She was accompanied by JUNO and CCMA Award winning musicians Justin Kudding, Brennan Wall, Brendan Waters and Greg Williamson. She also had guest appearances from Australia singers Lenka and Edo Kahn. Kaiya is on the path to becoming Canada’s next pop breakout artist. With an incredible work ethic, passion for music, strong values, and undeniable talent, Kaiya Gamble is destined for great things.
Highlights
Art type: Live Music
Music type: Original Music
What this Artist plays most of the time
Genre: PopSinger/SongwriterSoul
Home base: Calgary, Alberta
Appeals most (but not limited) to: Age 15 - 30
Activity
Events booked with Stagehand
0
Upcoming Events
No upcoming events
See all events
Availability