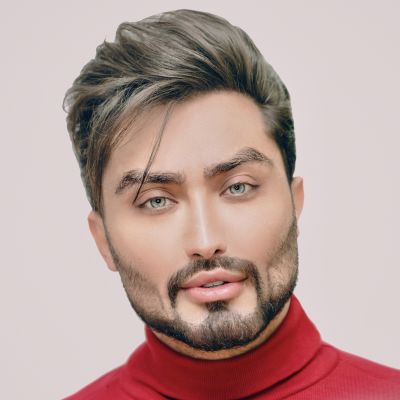 Sign InSign Up
About
Alireza Kohany is an Iranian Musician, Composer, Music Producer and DJ; Born June 18, 1993, Tehran, Iran. His Songs Are Available On All Music Platforms and Streaming Services.
Alireza Kohany (Persian: علیرضا کهنی) is an emerging Musician, Composer, DJ and Music Producer from Iran. He is known for his vibrant music and amazing personality; He is also active in modeling field and acting. Alireza brings various cultural influences in his music which helped him grow. He uses his lyrical versatility and life experiences to break into the mainstream public eye. His main goal while creating music is to leave the listener with a feeling of joy and positivity. The feeling that makes them want to come back and listen over and over again .His obsession with aesthetics and minimalism is an endless road he pursues, the simple lifestyle that he desires only helps him dim down the complexities that he only wishes to express. Bеіng passionate аbоut his work аnd аlwауѕ wanted tо carve а niche fоr himself іn life, wаѕ thе spark thаt ignited him to pursue his dreams and passion. He has a giant fan following across social media. He has been continually dropping music and growing his fan base independently. He likes to blend different genres in his Music. You may even see him in upcoming modeling shoots. Alireza hails from Tehran, Iran. His age is around 28 years old as of 2021 and he is Iranian by Nationality. His date of birth is 18th, June 1993. Alireza Kohany’s zodiac sign is Gemini. While Growing up, he was surrounded by various influences in Music. His parents were also very fond of music and have always played a wide array of music around the house. He has also collaborated with many brands in the field of modeling. His passion to deliver something new and something better has driven him over the years and is the key to his success & perseverance. He is a man with a proactive approach and has painted the canvas of his dream with the colors of his consistent and persistent efforts.Alireza Kohany rising popularity is very much deserved by the young man not only because of his talent but because of his dedication and hard work. Singers like Alireza Kohany have taken music to a whole new level. He takes time to make sure his music is something that isn’t forgotten. He keeps updating about his new release over his Instagram. He aims to push the boundaries of music by engulfing his ethnic roots and intertwining them with his grasp on western music culture. You can also check out his music on Spotify, Deezer, Tidal, Youtube Music, Apple Music & Soundcloud… And he likes to draw different influences from different styles in his music and is not limited to one genre; He runs a Youtube Channel where he uploads music videos and teasers. Facts His main social media is Instagram “alirezakohany” with 5.1 million followers. He is an instagram star and Influencer on social media. His verified soundcloud “alirezakohany” have more than +3 million plays. His exclusive record label company is Alireza Kohany Productions. He has worked in some movies as actor and music department. He has a very business-oriented mindset and continues to make money using his knowledge and skillset. He has a promising career with a strong social media presence and is a force to reckon with in the music Industry. He has written four books that are available over Amazon and another book stores. He has written some articles about business that available in Google News. Alireza Kohany is passionate about making dreams come true and hopes to inspire a lot of passionate minds. He has been featured in Several Top Magazines & Articles. He is one of the best and famous face models in Iran. He uses his music as a platform to provide inspiration for independent artists. He is also a firm believer in freedom of artistry and the notion that music is one of the best tools to communicate. “All in all, Alireza Kohany is more than an Artist or Public Figure, He is a brand, Entrepreneur & force to be reckoned with in the music industry.”
Highlights
Art type: Live Music
Music type: Original Music
What this Artist plays most of the time
Genre: HouseInstrumentalPop
Home base: Istanbul
Appeals most (but not limited) to:
Top Venues Performed/Exhibited *
Lara Plaj
2018/06
Istanbul Ekinoks
2019/02
* Unverified
Activity
Events booked with Stagehand
1
Upcoming Events
See all events
More Photos
Download
Download
Download
Availability