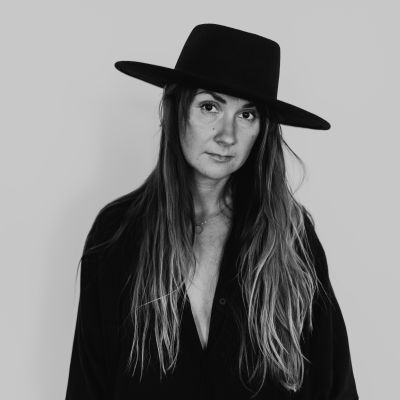 Sign InSign Up
About
Cynthia Hamar writes haunting, commanding, and introspective folk music. She is an Alberta-born Métis singer-songwriter with four studio albums that prove her dedication to her craft.
Hamar can execute timeless songs that will stand up with the sounds of Buffy St. Marie, Tom Waits, and Feist and she is currently completing a Bachelor of Music at MacEwan University majoring in Recording and Production. Cynthia was the recipient of the Victor-Osten Performing Arts Award (2022) as well as the winner of the 2021 Bent River Records Songwriting Competition, and was recently invited to represent MacEwan as a performer at their 50 year celebration. Cynthia has performed her music across Canada, including Pembina River Nights Festival (2018), Jasper Folk Festival (2016) and a live performance on City TV Edmonton. She was the Artist in Residence at Keno City Yukon (2019) and SOCAN Song House (2017) and has participated in art showcases in Vancouver and Toronto while touring across the country through the Via Rail Artists on Board program (2018). Hamar has received radio attention for her past releases (#9 on CFBX Kamloops, #18 KSYM, San Antonio, #5 to #3 on Radio Phoenix, #1 on Indigenous Music Countdown) and has been nominated for a Toronto Music Award (Best Out Of Town Artist 2017), an Indigenous Music Awards (2017) and two GMAs for her 2010 release, Fairytale. Cynthia Hamar’s upcoming album “Joint & Marrow” was produced by Paul Johnston and features acclaimed session musicians Chris Andrews, Jamie Cooper and Paul Johnston, as well as Toronto producer and guitarist Joel Schwartz. The record has proven her growth as a writer and performer, and the audience she has garnered from past work has made this release a highly anticipated one. Joint & Marrow It is set to be released on Neon Moon Records in September 2022.
Highlights
Art type: Live Music
Music type: Original Music
What this Artist plays most of the time
Genre: AmericanaFolkSinger/Songwriter
Home base: Edmonton
Appeals most (but not limited) to:
Activity
Events booked with Stagehand
1
Upcoming Events
No upcoming events
See all events
More Photos
Download
Download
Download
Availability