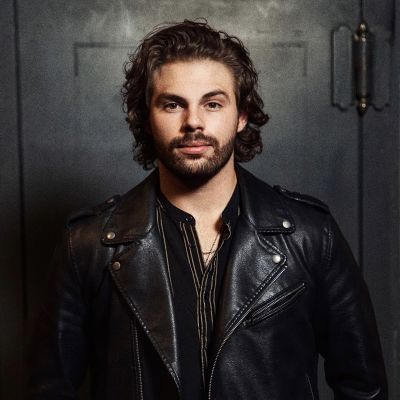 Sign InSign Up
About
Cooper's unique sound blends country, blues and rock and roll. His live shows are guaranteed to deliver, with raw storytelling lyrics and killer guitar licks that provide a dynamic performance.
Southern-Rock influenced country may seem a bit contradictory in the Great White North, but that's exactly where Devin Cooper hangs his hat. As the son of a motorcycle shop owner and custom car builder, Devin had ample opportunities to be creative, working alongside his old man as he grew up. At the age of seven, he began playing guitar and eventually traded in his tool kit for a music career. Thoughtful songwriting, paired with gritty rock ‘n roll vocals, create Devin Cooper’s signature sound. If you like down-home country banjo and anthemic 1980s drum tones, you’ll find them together in Cooper's songs: he does country music his way and doesn't apologize for it. In early 2021, Cooper released the first two singles off his debut EP, which he is currently recording. “Good Things,” the lead single, was released in March 2021 and was the #1 Most Played Song the week of its release on CBC Sirius XM Country. Just days before making his debut on the Nashville North Stage at the Calgary Stampede in July 2021, Cooper released his second single, "Country Cliche," to all streaming platforms. Starting 2020, Cooper performed a sold-out headlining show at The King Eddy in Calgary, Alberta. When the global pandemic hit, he performed safely at a sold-out drive-in show, where he and Mariya Stokes were direct support for CCMA Award Winner, Jade Eagleson. Cooper also released his first single in two years: "Last Time Last." Since 2019, Cooper has written over 200 songs and has performed over 300 live shows, and has had songs he has written and recorded by multiple Canadian artists. Most notably, he was a writer on the 2020 Alberta Country Music Album of The Year (The Ride, Ryan Lindsay). In the fall of 2021, Cooper will release his debut EP.
Highlights
Art type: Live Music
Music type: Original Music
What this Artist plays most of the time
Genre: CountryBluesRock
Home base: Calgary
Appeals most (but not limited) to: Teens, University Students, Male and Female 18-55
Top Venues Performed/Exhibited *
Bo's Bar & Grill - Red Deer, AB (w/ Aaron Pritchett, Kira Isabella, and David James)
2019/01
Nashville North - Calgary Stampede
2021/07
King Eddy - Calgary, AB - SOLD OUT Headlining Show
2020/02
* Unverified
Activity
Events booked with Stagehand
116
Upcoming Events
No upcoming events
See all events
More Photos
Download
Download
Download
Availability