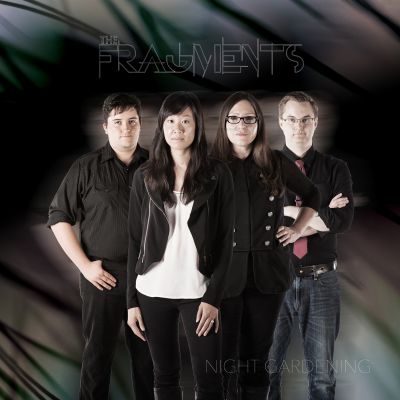 Sign InSign Up
About
The Fragments perform an eclectic range of indie pop, including diversions into jazz and folk music, with lyrical tangles that will keep you scratching your head while you tap your feet. Their debut CD, which has been played by college radio stations across Canada, was praised by the Calgary Herald as being “an unabashedly odd and joyously weird, slightly askew pop record.” The Fragments have headlined at a number of bars across Calgary, including The Ironwood, Broken City, Wine-Oh’s, The Ship & Anchor Pub, and The Hub at Mount Royal University. They were also pleased to be a featured performer at a So Far Sounds: Calgary event. The fall of 2014 saw the release of their follow-up CD, which was reviewed by BeatRoute magazine: “most of the tracks on Stone Boat will creep their way into your daily humming routine at some point or another. These melodies beg to be hummed.” The Fragments recorded their third album, Night Gardening, on a vintage reel-to-reel machine, called the Stephens 821B. It was a record packed with delicious pop weirdness, tied together with the rich, warm sound of analog tape. Their latest CD, Erratics (released in April, 2017), finds intriguing and strange inspiration from the field of geology. Songs about mountain formations, early geologists, and glacial erratics give the album a focussed feel. But things are never quite what they seem with The Fragments: mountains complain about the horror of erosion, a geologist disco-dances with a shark, and the erratic might just be waking up from a blackout after a night of hard drinking.
Highlights
Art type: Live Music
Music type: Original Music
What this Artist plays most of the time
Genre: Indie RockPop
Home base: Calgary
Appeals most (but not limited) to:
Activity
Events booked with Stagehand
6
Upcoming Events
No upcoming events
See all events
Availability