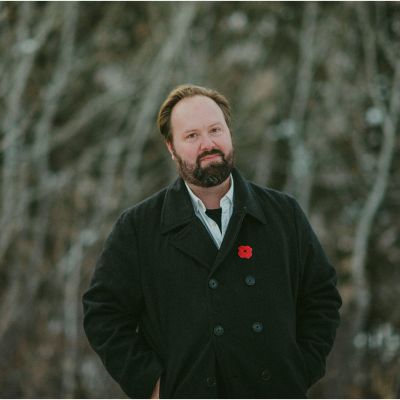 Sign InSign Up
About
Ryan Hicks makes melodic, cinematic alt-pop music. If McCartney, Brian Wilson and Fleet Foxes made music for David Lynch. Josh Haugerund, Director of CJTR Radio in Regina has listened to the entire album and gave his thoughts Ryan Hicks' new album is a great mix of influences by a multi talented musician. A perfect album for airplay as it touches on different genres and the hooks stick in your head for days. Regina community radio is excited to be able to share this album with the community. Michael Dawson of the band Library Voices has stated Pulsing Colours is great. All of the songs on the album are. Singer-songwriter Ryan Hicks has been hard at work for three years on his new album, Pulsing Colours. The album is a concept record of all of the the thoughts, moods and emotions that can come to us at night. Pulsing Colours is a star-studded record featuring Ryan as well as drummer Jeff Romanyk (Rah Rah), Michael Dawson (Library Voices), Amy Nelson (solo country singer, currently with a Top Ten country single in Australia) and more. The record is a hard-hitting album featuring memorable melodies, rich sonic landscape and lyrical depth. The record was inspired and written in tribute to Ryan’s step-mother, who took her own life in December, 2014. Her loss made Ryan dig inward and look for meaning and his place in the world. While the album deals with loss, it also gives a message of community, survival, love and hope. Pulsing Colours is a record about all of us finding our way in the universe. The sound is gritty, honest, emotional and will to appeal to an audience who loves acts such as Harry Nilsson, The Arcade Fire and Neil Young. Ryan attended Pitchfork Music Festival and hearing bands like Chvrches, Sleeter Kinney, The New Pornographers and Run The Jewels live had a big influence on this record. Ryan was also inspired by the work of filmmaker David Lynch, especially the TV show Twin Peaks. Ryan loves the moods, atmosphere, spirituality, humour and wonder of the world of Twin Peaks. Seeing success from albums such as Neil Young’s Harvest, The Fleet Foxes three records and Father John Misty’s I Love You Honeybear shows that similar approaches can be both artistic rewarding and appeal to a large audience. The songs are heartfelt with inspired performances by all players. A link to the EPK containing hi-res pictures, information about the songs, musicians, stories behind the individual songs and more can be found here: https://www.dropbox.com/sh/77or924z04u1uop/AACQyAFsD4qpqsWLurR37Ofta?dl=0 Here is a link to the album via a private Soundcloud channel: https://soundcloud.com/ryanhicks306/sets/pulsing-colours/s-Xh4rU About Ryan Singer-songwriter Ryan Hicks makes melodic, cinematic alt-pop music. Think if Paul McCartney, Brian Wilson and the Fleet Foxes made music for a David Lynch film and you will discover his style. His debut album, Prairie Ocean was a critically acclaimed love letter to the prairies and California. Ryan has been hard at work for three years on his new album, Pulsing Colours. Ryan was recently nominated for CBC’s Future 40, has regular plays of his music on CBC and college radio (including charting at number #18 in Ottawa), performs regularly (including a tripling of show in the last year), selected to twice be a featured performer for Tom Jackson’s On-Stage Success and has opened up for great acts such as Devin Cuddy Band and Danny Laj and The Looks. Ryan Hicks contact information Ryan Hicks email: ryanhicks306@gmail.com Cell: 306 737 6420 website: http://www.ryanhicksmusic.com Twitter: https://twitter.com/ryanhicks306 Instragram: https://www.instagram.com/ryanhicks306/ Facebook: https://www.facebook.com/ryanhicks306
Highlights
Art type: Live Music
Music type: Original Music
What this Artist plays most of the time
Genre: FolkSinger/Songwriter
Home base: Regina
Appeals most (but not limited) to:
Activity
Events booked with Stagehand
3
Upcoming Events
No upcoming events
See all events
Availability