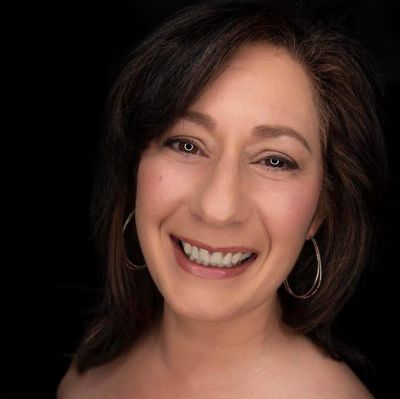 Sign InSign Up
About
Kim Szabo - International Performing Artist - Jazz & Contemporary Music - Piano / Vocals / Performances available as a Duo, Trio, Quartet, Quintet and 17+ Big Band!
Kim is a seasoned performer with a performance and recording resume that spans the globe. Born and raised in Canada, she has become an accomplished pianist and vocalist by honing her skills through initial classical training, followed by extensive jazz studies in Edmonton, Alberta. Her international career has spanned the globe, from Japan to Switzerland to Germany, as well as across Canada. Since returning to Canada, she has reintroduced herself to Jazz audiences through the Calgary music scene in a variety of positions: as a guest pianist and now featured (!) vocalist with the Fox Big Band, as the vocalist with the Summit and previously as a guest vocalist with Prime Time Big Bands. Kim's jazz quartet was invited and performed at the last TD JazzYYC Summer Jazz Festival 2021 in Calgary. Kim can be heard performing at Alvin's Jazz Club with her Jazz Quartet featuring Bill Ladick (guitar), Kai Poscente (bass) and Jim Johnston (drums). Previous concerts in Calgary have included performances with artists including Juno Award winner Al Muirhead (trumpet), Pat Belliveau (sax), Frank Rackow (sax), Gerry Hébert (sax), Jeremy Coates (bass), and Derek Stoll (piano) to name just a handful. In the early 90's Kim took her talents overseas to Japan as the primary house pianist/vocalist for the Hilton International Hotel in Osaka, while also performing at various concerts and events throughout the Kansai region with her trio, as well as a guest artist with touring acts and for recording sessions. While in Japan, she met and collaborated with Bill Ladick on a few music projects including concert sponsored by Japan Airlines and FM cocolo . The mid 90's saw Kim moving her now established talents to Europe. Frankfurt Germany became her base from 1999 to 2007, where she performed regularly at the Hotel Intercontinental and the Sheraton Airport Hotel, while also performing in concert at the Stalburg Theatre and Romanfabric. During this time she recorded and contributed to various studio recording projects. Kim gained a position as head vocal instructor at Frankfurt Musikverkstadt (Frankfurt State Academy for Jazz Music) and held the position as adjudicator for jazz vocalists challenging German national exams for a degree in Jazz Pedagogue. Kim also offers piano and vocals instruction both privately and at Music & Play in West Calgary.
Highlights
Art type: Live Music
Music type: Cover Music
What this Artist plays most of the time
Genre: JazzBluesPop
Home base: Calgary
Appeals most (but not limited) to: Jazz and music lovers; all ages; includes creative arrangements with jazz, R&B and jazz-inspired pop arrangements.
Top Venues Performed/Exhibited *
Alvin's Jazz Club
2021/09
Ironwood Stage
2022/06
Vin Room West
2021/11
* Unverified
Activity
Events booked with Stagehand
15
Upcoming Events
No upcoming events
See all events
More Photos
Download
Download
Download
Availability