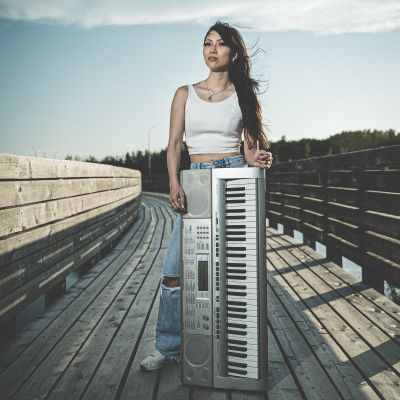 Sign InSign Up
About
Natalia Chai aspires to transcend and unite communities world wide through her voice, lyrics and sound. She wants her listeners to feel hope, be inspired and to believe that anything is possible.
Natalia Chai is an independent, solo, R&B/Neosoul singer-songwriter in Calgary. Classically trained in piano from age 6, Natalia's music brings back the nostalgia of old school R&B, Neosoul, gospel jazz with a sultry voice described as “honey to the ears”. Natalia has two albums and 6 singles released since entering into the music scene in 2017 that discusses tough topics about the human condition in today’s complex society. She performs regularly locally but has shared her sound internationally most notably, at the 2018 Chengdu International Sister Cities Youth Music Festival. Natalia’s musicianship found her role expand to session keyboardist/vocalist for other artist’s projects; contributions to production projects in the film industry with 1844 Studios such as CBC GEM "My Lyric I Never Knew", written/produced the soundtrack for an experimental short film called “Power Moves”. Recently she composed/arranged a jazz ensemble for an upcoming proof of concept TV comedy series that debuts at TIFF 2022 and have been casted as one of the characters on the show. Natalia is the co-founder of a production team called Brite Star Productions as the operations and sound manager for an upcoming animation children series; and current artist for the 2021-2022 TD Arts Common Incubator Cohort. Natalia’s healthcare background finds her work as an independent community partner and keynote speaker with the Mental Health Commission of Canada and CMHA sharing her lived experiences of resilience and courage with today’s future generation at school youth summits.
Highlights
Art type: Live Music
Music type: Cover Music
What this Artist plays most of the time
Genre: Singer/SongwriterR&BSoul
Home base: Calgary
Appeals most (but not limited) to: University students; Male and Female 20-35 years of age
Top Venues Performed/Exhibited *
Chengdu International Sister Cities Youth Music Festival (Chengdu, China)
2018/07
The Big Four Roadhouse - Classical Soul
2022/05
Make Music Edmonton 124 St
2017/06
* Unverified
Activity
Events booked with Stagehand
116
Upcoming Events
See all events
More Photos
Download
Download
Download
Availability