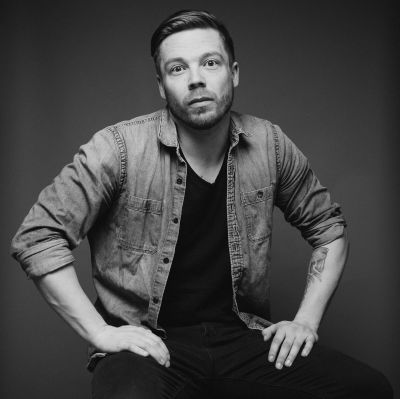 Sign InSign Up
About
Ken Stead has played everything from main stage BVJ to house concerts and can engage a crowd of any size with his voice, songs, and generous demeanor on stage.
With an open guitar case and heart, Edmonton singer-songwriter Ken Stead started by played to commuters and computers at the airport, saving up every coin and bit of good will he earned to fund his debut record Unfinished. Now, following the release of sophomore album Fear Has No Place Here, Stead is enjoying a career high, managing a top three finish in the Project Wild – Country Artist Development program, despite making roots music that is decidedly lacking in country twang. Ken Stead already has a firm foothold in the Canadian roots community, having graced the grassy stages and sessions of Edmonton Folk Fest, Canmore Folk Fest, and North Country Fair, as well as rowdier standing room venues like the Calgary Stampede Coke Stage. Whether its Solo, duo or with his 5 piece festival band, Ken Stead makes every room feel like home. A generous demeanour, a delicate wit, and an empathetic understanding of audiences of all shapes, his performances are as true and honest as the songs themselves. Ken Stead is known for silencing a room to a whisper, but with his new release, Civil War, he proves capable of starting an uproar. With more volume, comes more space to make heartfelt moments hit more closely, and big emotional moments rattle through your chest. Guitars, bass and drums punctuate charged lyricism and lived experience. It’s full and dynamic roots rock, with an emphasis on message, born from Stead’s keen musical interest in both folk and political hip hop. Produced by Winston Hauschild (Hannah Georgas, Hey Ocean), Civil War is an earnest portrait of the domestic, the conflicts present in the everyday, and how one’s struggle with themselves and their own faults bleed into their relationships with others, how that mirrors the larger political climate. Throughout the record, Stead grapples with his firm belief that peace begins with the individual. Tracks like “I’m Done Trying” are strong and self-critical, pining to understand the other with empathy and the earned conviction of its power-chords. Civil War is about bridging binaries and breaking barriers, both political and emotional, race and gender, husband and wife. Big and beautiful music that doesn’t need to polarize to speak strongly and directly.
Highlights
Art type: Live Music
Music type: Original Music
What this Artist plays most of the time
Genre: Singer/SongwriterAlt-CountryRock
Home base: Calgary
Appeals most (but not limited) to: 25-40
Top Venues Performed/Exhibited *
Big Vallery Jamboree Mainstage
2018/08
Dauphin Country Fest
2018/06
Beaumont Blues Fest Mainstage
2019/06
* Unverified
Activity
Events booked with Stagehand
150
Upcoming Events
No upcoming events
See all events
Availability