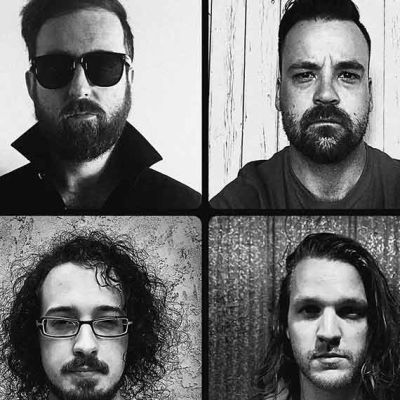 Sign InSign Up
About
Fresh from touring with Austin’s Black Pistol Fire, a UK/Ireland tour, and supporting Electric 6, 2018 has been good to FtC. With an EP, tour and Festival dates booked, 2019 looks like a big year!
Free the Cynics (Rich Paxton, Brad Wedekind, Joey DeCosse and Erik Juergens) are a Calgary four-piece who have a no-limits approach to songwriting. With healthy lashings of everything from Indie Rock, Blues, Punk and Jazz to Britpop, Rock n Roll, and Pop, Free the Cynics have created an intense, energetic, eclectic sound all of their own which is delivered with searing passion, ballsy swagger and red-hot intensity onstage. Despite receiving rave reviews on both sides of the pond for their debut record 'Showtunes From the Basement' and 2017's 'Post-Iconica', Free the Cynics come into their own onstage. ''Free the Cynic’s sensational new six-song EP Post-Iconica...it’s a huge, swaggering thing of melodic-rock beauty that never seems to question its purpose or path.' - Mike Bell, YYScene ‘Free the Cynics’ new release ‘Post-Iconica’ bursts with blazing energy and artful precision' - Brad Simm, Beatroute '9.5/10, sort of a mashup between Modest Mouse and Light Grenades-era Incubus. This is a really great record and I’m happy to have found a contender for my end of the year top ten list' - Syd Ghan, Bucketlist 'Throwing the rule book out the window, the Calgary four-piece creates a dominating, distinct sound of their own. Rock n’ roll, alt-rock and blues are the discernible genres on the release, a six-track that bleeds hints of jazz and beyond. Jangly guitar riffs, lead singer Rich Paxton’s turbulent but tamed vocals, a song inspired by a menial work position—'Post-Iconica' is as wonderful as it is eclectic. Creating electric rhythms that have listeners captured to each note is not an easy feat, from the dreamy “Wine & Debris” to the rough-edged “Let it Burn.” - The Permanent Press
Highlights
Art type: Live Music
Music type: Original Music
What this Artist plays most of the time
Genre: Indie RockBluesRock
Home base: Calgary
Appeals most (but not limited) to: 18-40, Uni Students, UK-influenced
Top Venues Performed/Exhibited *
The Marquee, Calgary
2018/09
Whelan's, Dublin (Sat Night Headline)
2016/01
SAIT, Calgary
2018/04
* Unverified
Activity
Events booked with Stagehand
0
Upcoming Events
No upcoming events
See all events
More Photos
Download
Download
Download
Availability