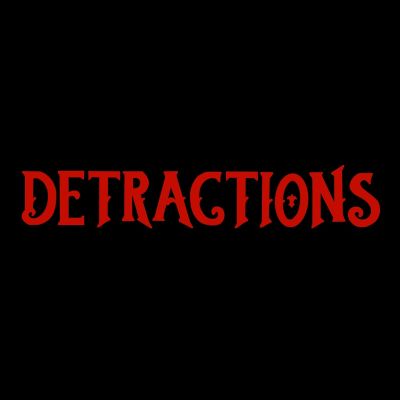 Sign InSign Up
About
ROCK AND ROLL DEATH MACHINE FROM CALGARY!
DETRACTIONS are "Calgary's communal sweatfest" (Beatroute, 2017), a pulsing, moving and shaking musical act dedicated to tearing down the walls between audience and artist. Despite early experimentation with punk and surf, the riff heavy and crushingly dark rock and roll that DETRACTIONS has evolved into is a testament to wanting to push and expand, to constantly change and adapt. Uncomfortably candid lyrics, whiplash inducing genre changes and leave-it-all-on-the-floor energy all collide into a live show that you cannot miss. Formed in 2012, DETRACTIONS has played with acts such as MxPx, OBNOX, Har Mar Superstar, Teenage Bottlerocket and Sam Coffey and the Irong Lungs. They have played events such as the 2017 BIG Winter Classic, Bowlapalooza in Canmore, the Attainable Records Launch Party, Palloween (both 2015 and 2016), and the 2015 Beatroute Christmas Party. After going through numerous lineup changes, things finally solidified when Shawn Savard (Random Task Collective, THEBOBBYHILLS) joined on bass in 2015 and Gus Rendell (The Blind Roots, Planned Bastard, Cheer) got behind the drums in 2016, joining original members Nathan Iles and Jesse Gillett. Shawn's pounding bass and Gus's wild animal drumming perfectly complimented Jesse's wailing leads and Nathan's furious rhythm and howled poetry. The collaboration between these four is key; there is no one song writer in DETRACTIONS. Every song gets torn apart and built back up by all four, resulting in a sound that embodies their wildly varying tastes and sensibilities. After joining the Transistor 66 Records roster, DETRACTIONS released their latest EP, "JORTS" on January 6th, 2017. On May 11th of the same year, the band was awarded a Telus Storyhive grant of $10,000 to film a music video for "Frankenstyle". And they're just getting started; with touring, a split with Less Miserable on Rhodehouse Records and more music videos on the horizon, the future is trashy and awesome for DETRACTIONS. DO THE LUCID SHAKE ALL NIGHT LONG.
Highlights
Art type: Live Music
Music type: Original Music
What this Artist plays most of the time
Genre: AlternativePunkRock
Home base: Calgary
Appeals most (but not limited) to:
Activity
Events booked with Stagehand
0
Upcoming Events
No upcoming events
See all events
More Photos
Download
Download
Download
Availability