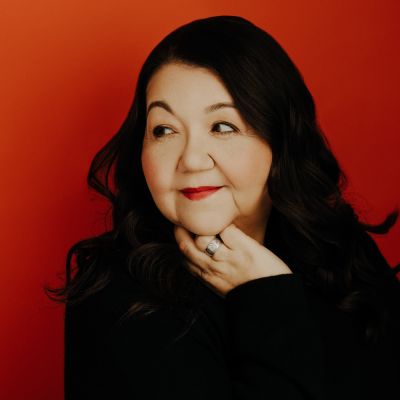 Sign InSign Up
About
Emotional, heartfelt and eclectic Norine Braun is an award winning singer-songwriter, 2018 Western Canadian Music Award Nominee, Canada Council Arts Award, Banff Centre of the Arts Musician Residency.
Singer-songwriter Norine Braun has been cleverly crafting and honing her wise and confident musicianship with 10 independently released albums to her credit. This Canadian artist bridges the gap between singer/songwriter and a rock-and-roll performer. Blending timeless elements such as roots rock, blues, soul, jazz and country, Braun presents these genres to audiences around the nation with a bold freshness. With comparisons to Joni Mitchell, kd lang, and Patti Smith, Braun’s eclectic approach to songwriting and heartfelt performance techniques are the fundamentals of her solid reputation with her local music scene and beyond. She has received recognition from events such as the LA Music Awards, The Best Female Musicians magazine and the winner of the international songwriting competition Artists Inspired By Literature. In 2016 Norine Braun released her 10th full- length album to critical acclaim, including a Canada Council For The Arts award and is nominated for a 2018 Western Canadian Music Award. A masterful body of creative work titled "Gone To The Spirits" is based on the engaging and dramatic life story of a Two Spirit, Ktunaxa prophet, messenger, chief and guide. Gone- To-The-Spirits lived in the early and mid-19th century in what is now known as southeastern BC, Canada and appeared in the journals of explorers and fur traders of the time period. This was followed by Braun’s Riding The Rails tour across Canada by train as the Via Rail on board artist last fall. The tour went from Vancouver to Toronto and Toronto to Halifax via Ottawa, Quebec City and Montreal with shows in each city. Following the tour Norine was awarded a scholarship to attend the Banff Centre for Arts and Creativity as Musician in Residence November and December 2017 where she began synthesizing her train experience and the writing of her compositions and lyrics for her upcoming album based on her train tour. Norine is currently in studio recording this new album set to release November 2018.
Highlights
Art type: Live Music
Music type: Original Music
What this Artist plays most of the time
Genre: Singer/SongwriterAlternativeBlues
Home base: Vancouver BC
Appeals most (but not limited) to:
Activity
Events booked with Stagehand
1
Upcoming Events
No upcoming events
See all events
More Photos
Download
Download
Download
Availability