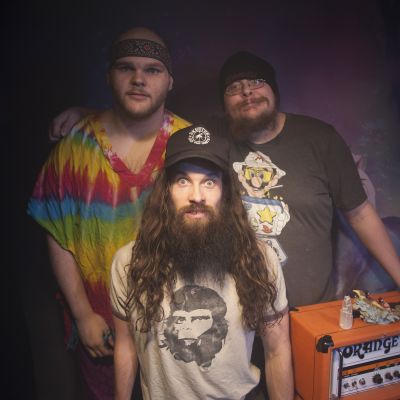 Sign InSign Up
About
"Moose Jaw's finest is living proof that we're now living in an alternate timeline - one where live music with conventional instruments can still change your night & blow your brains."
We’re a wild, sweaty, rock n' roll trio from Moose Jaw, Sk. Old school, blues based, rock n roll worship with all the showmanship to go with it. We put on a hell of a show! We've been a band since 2011. We've toured from Vancouver to Quebec City 4 times over the past two and a half years. Featured in Vice Magazine a couple times. We have 5 albums and will be releasing our 6th, Time Child, in October 2018, which was produced by Toronto's Ian Blurton. We've shared the stage with The Dudes, The Pack AD, Megan Nash, B.A. Johnston, Moon Tan, Daniel Romano, Public Animal, The Electric Revival, Fred Penner, The Wooden Sky, just to name a few! THE TALE OF JOHNNY 2 FINGERS Born at a very young age, John Dale was raised by loving middle-class parents; he grew up in the middle of the Canadian prairies with all the privileges one could ask for. However, John was born with a hideous physical mutation that science could never explain. He was picked on and ridiculed endlessly while growing up, eventually turning to the friendship of insects, snakes, and cartoons. During his teenage years, he developed a taste for professional wrestling and rock n roll. Realizing he could never be the great wrestler he envisioned, he picked up the guitar. Unfortunately, John's ego spiraled out of control, He began making boisterous and outlandish comments; claiming he was the voice of the unloved and forgotten... Claiming he was a hero... a humanitarian... Well, John's selfish intentions became all too apparent. He developed a serious addiction to vegan recipes and online video games; becoming increasingly aggressive. He hired a duo of goons (consisting of former pro wrestler, Cannonball Kelly, on drums and the space child, Tangean Travis Geib, on bass) dubbed 'The Deformities' to do his bidding. John was just another good apple turned bad; feeling like the world wronged him and it had a little splainin' to do. He vowed to teach society a lesson, one gig at a time... Johnny 2 Fingers was born.
Highlights
Art type: Live Music
Music type: Original Music
What this Artist plays most of the time
Genre: RockBluesPunk
Home base: Moose Jaw
Appeals most (but not limited) to:
Activity
Events booked with Stagehand
0
Upcoming Events
No upcoming events
See all events
More Photos
Download
Download
Download
Availability