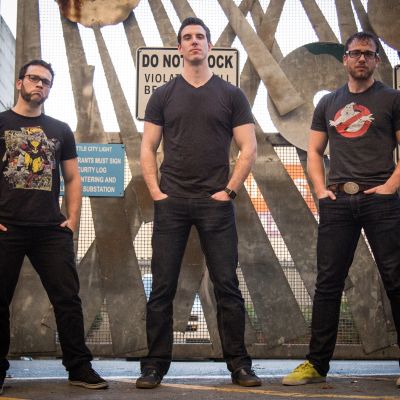 Sign InSign Up
About
Speed Control, a hard hitting Power Trio straight out of the -40 degree Yukon. With a sound comparable to Jimmy Eat world/Foo Fighters, They bring enough energy to keep you warm mid-WINTER
Straight out of -40 degrees in Canada’s Yukon, Graeme Peters, brother Jody Peters, and Ian March formed the power trio Speed Control. The three members all come from a jazz and classical background but have turned to their true passion – rock n’ roll. Highlights include Atlin Arts & Music Festival, Folk on the Rocks, BIG WINTER CLASSIC 2017, Panamania 2015, National Arts Centre’s Northern Scene, the Nite Owl in Calgary, Suicide Prevention Concert in Iqaluit, and Canadian Music Week in Toronto. Speed Control were finalists for Best New Group on CBC Radio’s inaugural Searchlight competition for their song, “Tent City”. 2016 and 2017 saw Speed Control hitting the US for several tours and they will have played in every province and territory in Canada by the end of 2018. In addition to shows of their original music, they have a passion for music education and have played concerts in 400 schools to upwards of 200,000 students. They are booked to play 200 school concerts in 2017-2018. They’ve written and recorded 67 rock anthems with schools. Along with playing festivals, theatres, and clubs, Speed Control’s signature rock camp is in high demand, working with kids from 8 to 85 and all skill levels. Speed Control also delivers workshops and performance coaching to young bands. They are youth engagement specialists! On the road for six to seven months per year, they are known as the hardest working band in the north. They have released three recordings: The ADD Sides, FAB, and the most recent, a self-titled album recorded with Bob Hamilton producing.
Highlights
Art type: Live Music
Music type: Original Music
What this Artist plays most of the time
Genre: RockPunk
Home base: Whitehorse
Appeals most (but not limited) to:
Activity
Events booked with Stagehand
0
Upcoming Events
No upcoming events
See all events
Availability