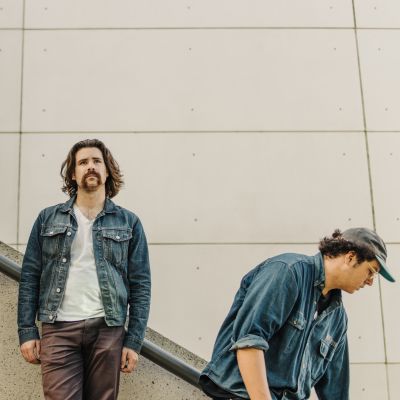 Sign InSign Up
About
Jesse and the Dandelions are psyche-pop sonic sculptors who focus on catchy melodies that you really just can't seem to shake.
Jesse and the Dandelions are a 5 piece psyche-pop band based in Edmonton Alberta, led by Jesse Northey (Producer,Engineer). With Jesse and the Dandelions’ production values maturing alongside the content, their upcoming album Give Up The Gold (2018) is enriched with classic synth and guitar textures that pays respect to the past, while forging their own path forward. String sections, a cacophonous blend of noise, and heavily layered vocal harmonies push accessible pop hooks into more psychedelically complex and intriguing harmonic territory that rewards repeat listeners by continuing to engage them. “True Blue is a thoughtful, evocative album that grows in appreciation on successive spins. In the simplest terms, it’s a dreamy pop record that ventures into the realm of the psychedelic. Highlighted by compelling, layered instrumentation, coded ethereal lyrics and the occasional jangly guitar—True Blue leaves a lingering effect that is challenging and satisfying. Elegant harmonies drift throughout the record, summoning memories of late Beatles records crossed with early ’90s college-radio lyrics” – Vue Weekly The band has been very active in Western Canada with success on CBC and campus community radio, as well as great opening slots for bands like Attack In Black, Hollerado,Said the Whale and July Talk. Highlights have included showcases at Breakout West,Canadian Music Week, JUNOfest, Sled Island, over 100k Spotify spins for True Blue, and the inclusion on Spotify’s Modern Psychedelia Playlist. Jesse and the Dandelions consists of Jesse Northey(Guitar,Vox) Conner Ellinger (Drums) Daniel Sedmak (Bass), Travis Sargeant(Guitar) and Dean Kheroufi (Keys).
Highlights
Art type: Live Music
Music type: Original Music
What this Artist plays most of the time
Genre: Indie RockAlternative
Home base: Edmonton
Appeals most (but not limited) to:
Activity
Events booked with Stagehand
0
Upcoming Events
No upcoming events
See all events
More Photos
Download
Download
Download
Availability