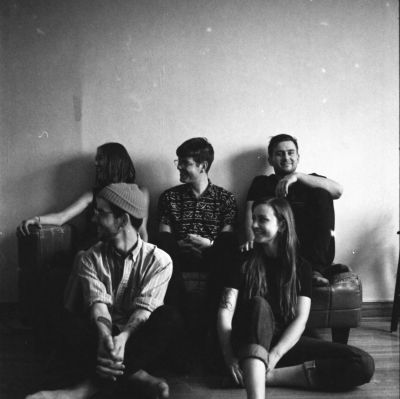 Sign InSign Up
About
Yes We Mystic uses a performance artist’s sensibilities to create towering orchestral art pop. The trick, if it is to be described: set up an expectation, then defy it, in search of something fresh.
At a time when bands are stripping to the bare essentials, shedding instruments and members in favour of pre-recorded tracks, Yes We Mystic remains committed, in all senses, to excess. Their maximalist live show packs stages with equipment; their rich, knotted orchestration seem to indulge their every instrumental whim; and their album releases resemble large scale performance art projects. The trick, if it is to be defined, is to set an expectation, and then defy it; the band takes ideas and sounds from all over the musical spectrum and filters them into something that is exhilarating, heartrending, pummelling, and grand. Perhaps elsewhere the anthemic has had it’s day; here, however, it is bent and distorted beyond recognition into something–dare we say–fresh. Praised as “art pop transformers” (BeatRoute), and charged with a “fearless creative energy” (Exclaim!), Yes We Mystic has in recent years become a steadily growing force on the Canadian indie scene. If you had to put a finger on it, perhaps the best descriptor for the band’s sound is “intense, cinematic art pop”. The band matured into this sound with the release of their 2016 debut album Forgiver, recorded with legendary Canadian producer Jace Lasek (Patrick Watson, Wolf Parade, Land Of Talk). The album was met with acclaim in both Germany (where the album was released on DanCan records) and Canada. To support Forgiver, they played over 100 shows in 10 countries, appearing at NXNE, SXSW, The Great Escape, Reeperbahn, and Orange Blossom Special (itself a career highlight). The success of their first album led to their recent signing to DevilDuck Records worldwide.
Highlights
Art type: Live Music
Music type: Original Music
What this Artist plays most of the time
Genre: Indie RockAlternative
Home base: Winnipeg
Appeals most (but not limited) to: 20-30, music lovers
Top Venues Performed/Exhibited *
Rickshaw Theatre
2018/09
Wapiti Main Stage
2018/09
Kantine Berghain
2017/06
* Unverified
Activity
Events booked with Stagehand
0
Upcoming Events
No upcoming events
See all events
More Photos
Download
Download
Download
Availability