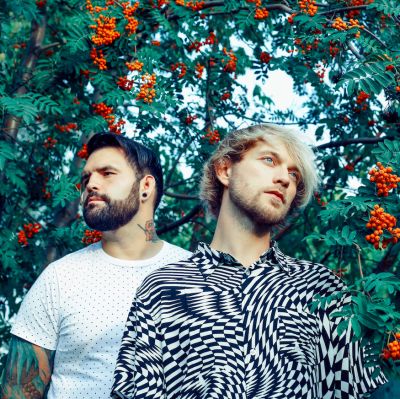 Sign InSign Up
About
With nods to The White Stripes, Metric and Fleetwood Mac, the duo fuses elements of rock, pop and r&b to create a fresh sound. Too Soon Monsoon's debut full length album will be released March 2019.
Canadian pop duo, Too Soon Monsoon, is building momentum toward their first full-length album release. The Saskatoon based duo released two EPs in the second half of 2017 (Little Fire - July 7, 2017 & Side Effects - Oct 20, 2017), performed at the Sasktel Saskatchewan Jazz Festival 2018, Ness Creek Music Festival 2017 & Winterruption 2018 and opened for PVRIS, Mo Kenney, Scenic Route to Alaska and ROMES. TSM embarked on their first Western Canadian tour in the fall of 2017, after opening for Wide Mouth Mason at a hometown show at O'Brians Event Centre. The band is in the middle of recording their debut full-length album (slated for a spring 2019 release) once again with producer, Adam Grant. TSM previously worked closely with Grant on the recording of their first two EPs. Side Effects was included in the best EPs of 2017 by Cups n Cakes (#8) and spent four weeks in the CFCR Weekly Top Ten (peak #4). Two new singles, "Ocean" and "Mountains of Blue" will be released in September and October while the band tours Western Canada prior to showcasing at BreakOut West in October 2018. Too Soon Monsoon’s debut full length record is a concept album that carries the listener on an emotional journey along with the band while speaking to universal themes like interconnectedness, growing up, love, seeking purpose and slowing down to appreciate and reconnect with yourself, one another, nature, art and spirit. Being a two-piece band that consists of an Indigenous drummer and a non-Indigenous singer/keyboardist, TSM’s goal is to create music and art that can bring people from different cultures and backgrounds closer together. TSM is known for their full live sound, often leaving audiences commenting on how surprised they are that it's just the two of them making so much noise and filling out the songs. Greg's wide vocal range and energetic presence behind the keyboard is a nice contrast to Nathan's stoic and powerful demeanor behind the drums. The duo is known to get audiences moving but is also capable of playing intimate venues that cater to storytelling and close listening. The duo will be performing 'album-preview' experience shows in January, playing the brand new album front-back before it gets released in March!
Highlights
Art type: Live Music
Music type: Original Music
What this Artist plays most of the time
Genre: PopAlternativeIndie Rock
Home base: Saskatoon
Appeals most (but not limited) to:
Activity
Events booked with Stagehand
0
Upcoming Events
No upcoming events
See all events
More Photos
Download
Download
Availability

We will be playing Saskatoon's Winterruption show on January 24, so we would be available on the 25-27th! Thanks