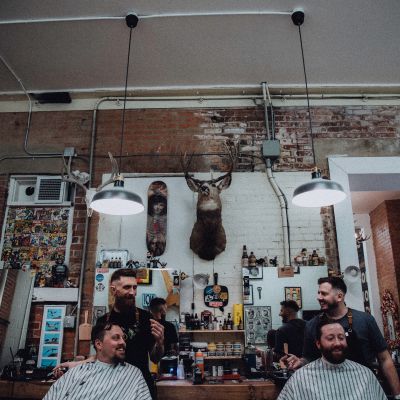 Sign InSign Up
About
Cope is two guys making enough noise for four people. Cope is broken instruments and sprained wrists after a show. Cope is a two minute pop song with a six minute noise solo. Cope is twin language.
Cope is a two-piece noise rock band from Lethbridge, Alberta, consisting of Mickey Hayward on drums and Tyson Wiebe on guitars and vocals. Taking cues from post-rock bands such as Mogwai and Explosions in the Sky, as well as from heavy duos like Local H and Death From Above; Cope is about duality - quiet and loud, light and shadow, serenity and rage, laughter and sorrow. Debuting in Spring 2015, Cope has received buzz across Canada, Europe and South America on the strength of their chaotic live shows and their self-titled debut EP (Cope, 2017). This has led to media coverage in publications including Air Canada’s Enroute Magazine (July 2017), Beatroute, New Noise Magazine and Metal Underground. Their second EP, the aptly named “Second” has been released on cassette and digitally May 4th, 2018. Second, helmed by Producer/Engineer Clayton Smith and Mastering Engineer Jon Martin of Green Recording Company, has added a layer of sonic shellac over Cope’s bellicose sound. The result is an EP that expands on the Cope formula, but with laser focus and a polished sheen. Cope will be touring Second through B.C., Alberta and Saskatchewan this October and November of 2018. Live, Cope adds another dimension to their music; sometimes eschewing formal song structure for squalls of feedback or throwing a song on the setlist that they are learning in front of the audience. Cope aren’t afraid to let the night turn their songs into something weird and new during their performance.
Highlights
Art type: Live Music
Music type: Original Music
What this Artist plays most of the time
Genre: AlternativeInstrumentalRock
Home base: Lethbridge
Appeals most (but not limited) to: University students, College students, hardcore kids who grew up to be Dadcore adults, anyone born in the 80's, metalheads with lots of patches on their jackets, girls who got dragged there by over-enthusiastic boyfriends
Top Venues Performed/Exhibited *
O'Hanlon's - Regina, Saskatchewan
2017/05
Sewing Machine Factory - Edmonton, Alberta
2017/04
Nite Owl - Calgary, AB
2018/04
* Unverified
Activity
Events booked with Stagehand
0
Upcoming Events
No upcoming events
See all events
More Photos
Download
Download
Download
Availability