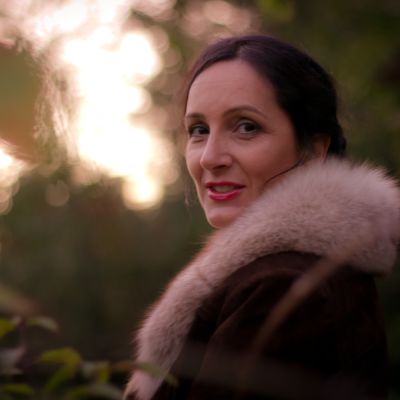 Sign InSign Up
About
A bred-in-the-bones roots musician. Emily Triggs sophomore album ‘Middletown', takes you on a journey through inspirations and experiences that have shaped her sound.
Following Emily’s widely accepted release ‘When Guinevere Went Under’, Triggs is busting down walls that confine an artist to expectations and genres with her soon to be released album ‘Middletown’. Middletown captures the undeniably authentic style of songwriting and arrangement that reflects the world of music Emily grew up in. A prolific songwriter with a passion for storytelling, her songs showcase her honest, pure vocals. While sometimes likened to Patty Griffin and Michelle Shocked, Emily has her own brand of folk/roots filled with a lifetime of music and influences. The release of When Guinevere Went Under received radio play across the country and into the United States. Show highlights Included CBC, Calgary Folk Music Festival - Festival Hall & Block Heater, South Country Fair, and Wide Cut Weekend. The video for the single ‘Home’ was nominated for Alberta Film and Television Awards - Best Music Video 2017. In true fashion, Middletown will not let listeners down as Emily continues to push boundaries of the folk/roots genre with influences spanning from Texas blues to her years in French Canada. The youngest of five growing up in a mix of English and French culture, it was in living room jam sessions with local and visiting musicians that Emily learned the history and art of lyrical composition and performance. Emily shares stories through songs with an endearing simplicity that belies their emotional depth. Produced by Lorrie Matheson and featuring performances by Chris Byrne, Paul Rigby and Chris Dadge, Middletown is the lamenting heart of roots with the raucous soul of rock that’s never too far from the earthy fields of country. The year ahead involves the release of singles, videos, and tour dates for Alberta, British Columbia, Montreal & area, and Halifax.
Highlights
Art type: Live Music
Music type: Original Music
What this Artist plays most of the time
Genre: AmericanaAlt-Country
Home base: Calgary
Appeals most (but not limited) to: All Ages
Top Venues Performed/Exhibited *
Calgary Folk Music Festival
2019/07
Vancouver Folk Music Festival
2019/07
CBC
2019/12
* Unverified
Activity
Events booked with Stagehand
5
Upcoming Events
See all events
More Photos
Download
Download
Download
Availability