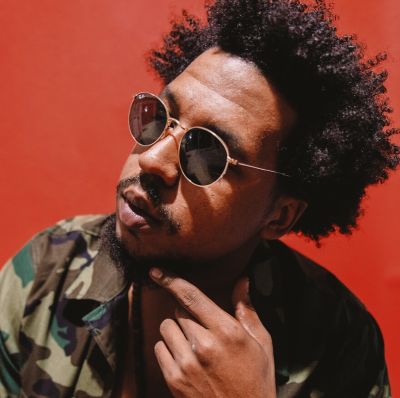 Sign InSign Up
About
A diverse array of sounds from funk, rnb, blues, reggae, layered atop a raw, soulful hip-hop foundation.
One of Calgary’s most exciting young artists, Jahimba Hutson single-handedly puts to rest the tired and entirely ridiculous notion that the city has no hip-hop scene, or no good hip-hop scene" Mike Bell –Calgary Herald Jahimba Hutson a.k.a. A.Y.E. was born into a musical family, getting an early start on stage performing with his father’s rasta reggae band Strugglah as keyboardist & emcee, while in junior high. The band shared the stage with such luminaries as the Wailers, Burning Spear and Jimmy Cliff. A young A.Y.E. watched carefully, listening and learning first-hand from Strugglah. A.Y.E. was born in Calgary, and raised in Vancouver, Montreal and Calgary exposing him to eclectic musical influences including Bob Marley, Nas, Red Hot Chilli Peppers, Supercat, Common, Jay-Z, Tribe Called Quest, Kardinal Official, Steel Pulse, Lincoln Park, Agustus Pablo, Sly & Robbie, and Jacob Miller, to mention but a few. At 16, A.Y.E. co-founded Hutson Fam Music Group with his brother and sister, and eventually set out on his own to pursue his own craft and set himself apart in the hip-hop/urban scene locally. Upon releasing his first EP “Goodbye” in 2012 he was quickly identified by national publications and bloggers as one of Western Canada’s young emerging talents. In 2014, he released his first self-produced full length “90 Now” which was a nod to the hip-hop that first influenced him. The album announced him as a major talent on the Canadian scene, and introduced him at an international level, selling copies from South Korea to L.A. A label in France also released the album in a limited edition run on vinyl. A.Y.E. was Allan Slaight Juno Master Class 2017-2018 top 10 finalist, nominated for Rap Recording of the Year at the 2019 YYCMAs (Calgary Music Awards) and Musical Group of the Year at the 2016 Obsidian Awards with The Extraordinary Gentlemen. His forth coming album Soul Food the Audiobiography Of.. was released the summer of 2019 and charted #1 on the National Hip Hop Charts via Ear-shot Campus Radio. Listed by CBC Music as an "emerging act to watch" (2017). THE EXTRAORDINARY GENTLEMEN A diverse array of sounds from funk, rnb, blues, reggae, layered atop a raw, soulful hip-hop foundation. A.Y.E. and his band, The Extraordinary Gentlemen are proof that it's okay to stand outside the box. A.Y.E. truly possess an undeniable warm energy with his smooth delivery and captivating stage presence. The addition of the band's unique musical taste they create the perfect harmony of what they title "soul food". Since the group first got together in 2012, they've performed at several music festivals and venues such as Canadian Music Week, One Love Music Festival, Sled Island, The Works Music Festival, Fozzy Fest, and recently embarked on a western Canada tour in the fall of 2019.
Highlights
Art type: Live Music
Music type: Original Music
What this Artist plays most of the time
Genre: Hip-Hop/RapSoul
Home base: Calgary
Appeals most (but not limited) to:
Top Venues Performed/Exhibited *
Market Collective - BMO Centre (Calgary)
2019/12
The Works Festival (Edmonton)
2019/06
CMW 2019 - 3030 Dundas (Toronto)
2019/05
* Unverified
Activity
Events booked with Stagehand
1
Upcoming Events
No upcoming events
See all events
More Photos
Download
Download
Download
Availability