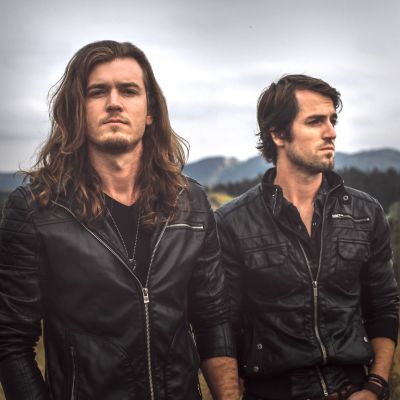 Sign InSign Up
About
Flaysher is a country duo with some grit in their blood harmonies. These two brothers bring their uplifting melodies from the heartland to venues all across Canada.
Based on the last name of two small-town Albertan brothers, Flaysher is a Canadian country duo with some grit in their blood harmonies. Brad and Ryan have a history of sticking together and blazing their own trail. It all started when they saved up their money, bought their own instruments and started a cover band in Junior High. “We performed over three hundred shows in our teens. The stage became our home before we were even old enough to play in bars,” Ryan explains. “Before our 20s we had already opened for big-name artists such as Tom Cochrane and Red Rider, Aaron Pritchett, and Gord Bamford,” Brad adds. Representing the duo, Brad went on to place in the finals of the Calgary Stampede Star Search in 2013 and 2014. He then came back in 2015 to win the Don Welden award. Flaysher released their first EP , “Starting Over” in 2016 and continued to push the release live at numerous shows across Canada, garnering them radio play from BC to Nova Scotia. After a highlight summer of performing at the Coca-Cola stage at the Calgary Stampede in 2017, they were selected to take part in the 8 week Artist Entrepreneur program hosted by Canada’s Music Incubator the following year. With some fresh ideas and inspiration, the brothers spent 2019 writing new songs with fellow artists and friends from all over Alberta and down south in Nashville, before kicking off 2020 with a sold-out show at the King Eddy with fellow country-rocker Devin Cooper. Working with Juno Award-winning producer, Matty McKay (Brett Kissel), Flaysher released their high-energy new single “Flat Broke Famous” independently in March of 2020. So far, the single has picked up radio airplay in Alberta, Saskatchewan, and Ontario. “Flat Broke Famous is a song about living without fear of judgment." Brad explains, "Live free, turn some heads, and let them talk.” Please see Flaysher's EPK for more information, including live performance videos. https://www.flaysher.ca/epk
Highlights
Art type: Live Music
Music type: Original Music
What this Artist plays most of the time
Genre: CountryRock
Home base: Airdrie
Appeals most (but not limited) to: Male and Female 18-55
Top Venues Performed/Exhibited *
Coca-Cola Stage (Calgary Stampede)
2017/07
The Lilac Festival (Calgary)
2019/06
AirdrieFest (Opened for Aaron Pritchett)
2018/09
* Unverified
Activity
Events booked with Stagehand
1
Upcoming Events
No upcoming events
See all events
More Photos
Download
Download
Download
Availability