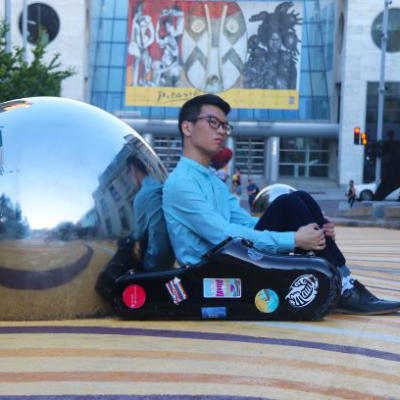 Sign InSign Up
About
Jacob Do is a versatile jazz saxophonist whose unique sound lends itself to emotional storytelling through improvisation. Jacob plays a variety of original compositions and arrangements based in the jazz tradition. He is currently based in Montreal, QC, where he is quickly establishing himself as a prominent voice in the city’s music scene. Jacob was born and raised in Edmonton, AB, where he received his formative music education, studying with Jeremiah McDade. As a teenager, Jacob was part of an all-star youth jazz program called the Littlebirds, directed by Edmonton trumpeter Joel Gray. Attending many shows at Canada’s longest volunteer-run jazz club, the Yardbird Suite, Jacob was exposed to a high level of jazz throughout his teenage years. In May 2019, Jacob returned to Edmonton to perform his first show as a bandleader at the Yardbird, which featured pianist Bob Kitt, bassist John Taylor, and drummer Mike Gillespie. Jacob moved to Montreal in September 2017 to pursue his jazz education at McGill University’s Schulich School of Music, where he has studied with saxophonists Remi Bolduc, Donny Kennedy, and Masashi Usui, among others. Jacob has also been a member of McGill Jazz Orchestra I, directed by Juno-award winning saxophonist and composer Christine Jensen. Jacob has also shared the stage with many of Canada’s jazz greats, including Kevin Dean, Jens Lindemann and the late Tommy Banks. Jacob is the recipient of several awards, including the inaugural Oliver Jones Award (2019), presented by the Festival International de Jazz de Montréal and Stingray Music. Jacob was also awarded a Stingray Rising Star Award that same year at the Ottawa International Jazz Festival. Remi Bolduc praises Jacob as “a musician of great talent, and his success comes from a combination of daily practice and his musicality.”
Highlights
Art type: Live Music
Music type: Original Music
What this Artist plays most of the time
Genre: JazzBluesInstrumental
Home base: Montreal
Appeals most (but not limited) to:
Activity
Events booked with Stagehand
0
Upcoming Events
No upcoming events
See all events
More Photos
Download
Download
Download
Availability