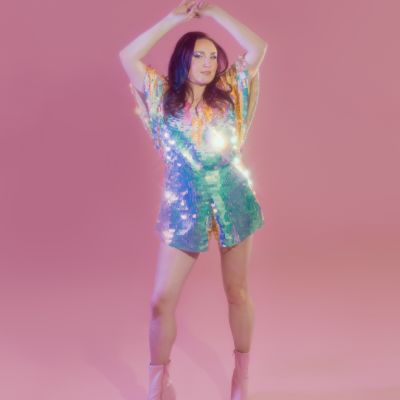 Sign InSign Up
About
Thoughtful soul influenced yacht-pop! My music heavily pulls from sounds of the '60s, '70s & '80s. Memorable melodic hooks with a pop base echoing an older time.
Kayla Williams is a Calgary based singer/songwriter who unabashedly loves pop music! Her sound is characterized by catchy melodies and full harmonies, layered over a synth backdrop reminiscent of songs from the '60s, '70s & '80s. Her love of oldies music is represented by her soulful vocals and thoughtful lyrics while modern influences are clear in her songwriting. Kayla’s latest single "Stealing from My Youth" [2020] was produced at OCL studios, the '70s inspired song was written in the midst of the quarantine “In many ways, not being able to live life 'normally' felt like there were days being taken from me, like the pandemic was stealing from my youth,” says Williams. Despite the impact of COVID-19 on the live music industry, Williams performed more shows in the summers of 2021 and 2020 than she ever has before. Her 2019 single "Something Right" was written for the 2019 Canada Winter Games and was performed in front of an audience of over 8000 at the closing ceremonies and broadcast on TSN. She’s also been featured on CBC Calgary’s “The Homestretch” and CBC Edmonton’s “Radio Active”. In November 2019 Williams was one of eleven western Canadian musicians to be accepted into Canada’s Music Incubator AE West Program. In 2021 she was a recipient of the Alberta Music Microgrant, Red Deer Emerging Artist Award and AFA recording grant and is currently in the process of recording a new, soft ‘70s/”yacht rock” inspired EP planned for release in the summer of 2023.
Highlights
Art type: Live Music
Music type: Original Music
What this Artist plays most of the time
Genre: Singer/SongwriterPopSoul
Home base: Calgary
Appeals most (but not limited) to: Men/Women 50/50, Ages 24-45
Top Venues Performed/Exhibited *
Waynestock Music Fest- Wayne, Alberta
2021/09
Robson Valley Music Festival- Robson Valley, British Columbia
2019/08
Enmax Centirum-Canada Winter Games, Red Deer Alberta
2019/03
* Unverified
Activity
Events booked with Stagehand
2
Upcoming Events
See all events
More Photos
Download
Download
Download
Availability